Parable about the single seed of Truth 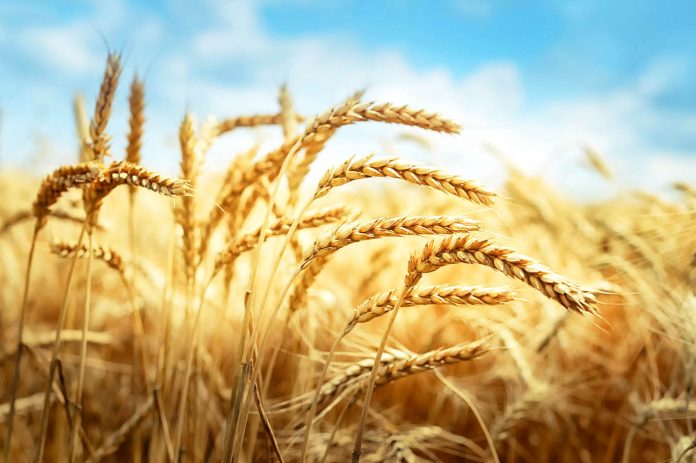 Highly in the mountains, on a sparkling snow-white alp, there was born a limpid, baby-tear-like crystal of ice. By day, it was admiring the...
Read more
Parables

To whom and why am I writing these lines? Most likely to myself. Abiding in a holy place for years, just twice have I...
Read more
Parables

Anastasia: It is actually very difficult for a modern person, who has gotten tangled up in the works of the human mind (in the...
Read more
Parables

People look at tree tops, but they do not see the roots. And the bottom line is this: all people are equal and, first of...
Read more
Parables

Rigden: ...It happens that, while under the influence of the Animal nature and not bothering much with working on himself, a person only boasts...
Read more

Anastasia: I’d like to believe that people will indeed hear this. After all, this Knowledge is so unique…

Rigden: This Knowledge is unique for a person only when he already understands much beyond the patterns of the material world and when his Soul aspires to go beyond the horizon of events. But so many people… So many times the Knowledge has been given at different times. People tend to lose it with time. And why? Because the human mind complicates the simple so much that it becomes unable to see the Truth anymore. There is, as it happens, one ancient Indian parable in this regard. It dates back to the time when women not only had equal rights with men but their spiritual wisdom was highly respected…

“Once upon a time there lived a woman – a Mistress named Vidya (translated from Sanskrit, this name means “Knowledge”). She had a disciple whose name was Amrit (“immortal”). When the disciple had grown up, Mistress Vidya told him, “You have grown up, now you can control your thoughts and emotions and subdue your anger. Go now and see the world. You are ready to find and know the single seed of Truth.” Amrit asked: “Mistress Vidya, I am grateful to you for your wise words and good deeds. They have taught me a lot. But give me at least a hint where to look for the single seed of Truth.” Mistress Vidya only smiled and replied, “Listen to your Soul, it will lead you in the right direction.”

No sooner had Amrit reached a big city than he heard the news that the Emperor of the land was holding a great council of sages to discuss the meaning of human life. The winner would be awarded a great prize – one hundred cows with their horns adorned with gold. Amrit went to the council, hoping to get an answer to his question of where to find the single seed of Truth. But something unexpected happened.

When the sages were asked “What is the meaning of life?”, each of them answered in their own way. One woman among the sages said: “This world, for people, is nothing more than a temporary abode. Man is born with clenched fists, trying to conquer it. But he dies with open palms, not taking a single speck of dust from the world. The meaning of life is in the birth of man’s desires which form his fate in the afterlife.” A man from the sages continued the discussion: “Man’s desires are innumerable like sea sands. But his deeds are rare like granite stones. Man’s deeds make up his life. His ill or good deeds become his ill or good fortune. The meaning of human life is made up of what he does each time “here and now.” Another woman from the sages replied to him: “Deeds are merely consequences of a person’s thoughts. If a person acts with evil thoughts, suffering follows him like a cart’s wheel follows ox’s legs. If a person acts with good thoughts, joy follows him like a shade from the bright sun. The meaning of person’s life lies in his thoughts.”

So the discussion continued until noon. Finally, one of the well-known gurus of that time, famous at the court for his learning, said: “Thoughts burst from emotions like fire erupts from lightning. The man of yesterday is different from the one tomorrow. To be able to learn from life means to live twice. The meaning of life is in the changes that come from toil and worries.” Silence followed these words. When none of the other sages replied, Amrit, who was standing among the ordinary people, decided to take part in the discussion and said: “Human life passes like a dream. In order to understand its meaning, it is necessary to wake up. Changes on the outside do good only if they come from the inner world of a person. All that exists and that doesn’t exist in this world is here – in the human Soul. Knowing this Truth is the meaning of life.” Common people rejoiced after these words, and the sages nodded approvingly, agreeing with the wisdom that came from this unknown young man. The Emperor’s prize was given to Amrit, and so in just one day he suddenly became rich and famous.

After the council, Amrit was approached by the well-known guru who until that point had gotten the better of all his opponents in the debate and from whom this young man had so unexpectedly taken away the victory. He asked Amrit why he had come to this land. And having found out about Amrit’s search for the single seed of Truth, he rejoiced: “Oh, young man! You are unspeakably lucky! Today you have gained not only riches and fame but also a true friend and a wise teacher – myself. I am well known in this land. I teach different sciences in which many seeds of the Truth are hidden.” After this conversation with the famous guru, Amrit decided to become his student and spent all his money on learning worldly sciences from him. Soon, he became one of his best students, having mastered many languages and learned all the sciences of that time.

Full of pride for his achievements, Amrit came back to the house of Wisdom. Mistress Vidya was in the garden. Delighted to see her, Amrit began telling her about his travels: “When I had left the house of Wisdom, something unexpected happened. On that day, the Emperor of the country held a great council of sages. I went there hoping to get an answer to my question. The meaning of human life was discussed at the council. I voiced my opinion and suddenly received the Emperor’s prize. In just one day, I became rich and famous. In order to know the single seed of Truth, I decided to spend all the money on lessons from a famous guru. Now I have acquired great knowledge in many sciences and can tell you about many seeds of Truth in each of them…” So Amrit began recounting what he had learned. However, Mistress Vidya, having listened to Amrit’s story about his achievements and the knowledge he gained, only smiled and said:

“You have shown your learning. All that you have learned in the world is knowledge from the mind. It does not mean that you have found and learned the single seed of Truth. Multitude is born out of the Whole. In order to penetrate the essence of the Sacred, you need the ability to feel as well as awareness and understanding.” Mistress Vidya picked up from the ground a fruit from the nearest tree and showed it to Amrit: “You have studied what the material world is woven from, but you missed what it is created of and the reason why it all exists.” Mistress Vidya divided the fruit in half. Having taken out the seed, she also divided it in half, showing the pulp within the seed to Amrit. “With your mind, you have known the visible core of the seed, from which a big tree grows. But only through the ability to feel can you know the invisible, that life-giving emptiness, from which a big tree grows. The seed is just a vessel for this creating emptiness. The life-giving emptiness is woven from the single seed of Truth, from which everything was born and into which everything will dissolve again.

When you set out on the Path, you already possessed this knowledge. Thanks to it, you gained riches and fame. But you used the riches for the mind while riches are given to understand responsibility. The riches of this world belong to this world, in which everything is transient and is subject to death. Had you used the riches for the benefit of people, you would have found and known the single seed of Truth, a part of which exists in you, too.” “But what should I do now?” Amrit murmured nervously. “I don’t have the riches anymore to amend my mistake.” To which Mistress Vidya replied: “Continue your way from the point where you stopped. Continue your way, building on the experience which you already have. You have acquired worldly knowledge which people value and thus perceive the visible world. Go and teach people this knowledge, and show them not only what the visible world is woven from but also show them what it consists of and why it all exists.”

Amrit was surprised: “How will I show people what I do not know myself?” Mistress Vidya smiled: “Become the one you don’t know. Become yourself, for you have a part of the single seed of Truth in you. Human is just a vessel for the Soul – the source of his essence. Find that One and perceive It. This is the most important thing. Once you perceive the single seed of Truth, you will know yourself.” Amrit asked: “But how do I do this?” Mistress Vidya replied: “Use your mind for the benefit of people and gain experience. When your deeds coming from feelings for the sake of the Truth outnumber words said for the sake of the Ego coming from your mind, then you will perceive the single seed of Truth.”

Veterans for Peace. USA California. “The Future is Now” project on the ALLATRA platform

In this social survey within the framework "THE FUTURE IS NOW" project, Stevan and Keny, volunteers from Veterans for peace from Santa Monica, California...

The world of elementary particles in its laws, properties, behavior is much different from the usual judgments about it, formed by the ideas of...
Read more

A fascinating film about Cuba and its people. Based on the personal experience and definitions of outstanding representatives of Cuban culture. Exclusive interviews about...
Read more

It is coming. Се грядёт.

Inevitability of the serious upcoming climate changes, the global nature and magnitude of which one can see today over the whole planet, makes everyone face the necessity of the personal choice. Already in the nearest future, THIS will concern everyone.
Read more