CONSCIOUSNESS AND PERSONALITY. FROM THE INEVITABLY DEAD TO THE ETERNALLY ALIVE

T: There is also such an argument: “If you don’t consider time solely from the human point of view, then everything that happens to us at this very second, will be happening to us eternally at this very second. So we are, in fact, immortal, if we equate time with the other coordinates of space.”

IM: This is not right, under no circumstances. This is an attempt of consciousness, or the system, to become equal to the Spiritual World. It’s like “this second will live forever, and we will exist forever.” Under no circumstances. The Spiritual World is eternal, it is static, it does not have flow of time. There is no time at all there. And cannot be. And since the material world cannot stop even for one tiny moment, it always flies rapidly… While I said these words, we flew millions of kilometers in space, all our bodies together with the planet… That is why there cannot be that point and time. Time forms precisely the process of expansion of, so to say, matter, of the material world. That is, all the planets fly apart, the galaxies fly apart at enormous speeds, everything spins, everything moves, that is, there is constant movement in the ezoosmic grid. This is the reason for the flow of time, and it doesn’t stop for a single moment. Therefore, this is unrealistic. This is the desire and aspiration, I say once again, of satan to become like God. That’s not going to happen.

Zh: Yes. The next argument is that “I want to believe in God, but I can’t meet a person who believes sincerely.”

IM: And what does the person who believes have to do with your desire and aspiration for God? This is out of principle “show me this, and I will be liken myself to him”? (Zh: Yeah) Again, what’s this? And whom does it come from? From consciousness. This is likening, it’s someone’s image, the work of mirror neurons, and so on. (Zh: Yes) But where is aspiration for God? And in the question itself: “I want to believe in God…”, but I don’t strive for God, I don’t aspire to enter the Spiritual World, “I want to believe” – ​​this is already an exclusion. Well, this question comes from demons in the head. Thus, so to say, consciousness manipulates and plays with the Personality, and doesn’t give a chance for liberation.

Zh: Yes. It is related to the topic of authority both among those who follow the path, and those who are laypeople, that is, again, they are looking for authority…

IM: But what are they looking for? Not to, let’s say, go along the same spiritual path as they did. But they are looking exactly for people on whom they can lay all responsibility for their future, for their spiritual salvation, for everything, that is, to shift responsibility from yourself to someone else. It’s just like people, well, many people, especially those who are in religion, they say: “Lord, in you the One I trust and completely surrender myself to your hands. Do with me whatever you want as long as in the end, everything is fine”. So he said this and went to do everything that his consciousness told him. And he believes that “this is God’s will.” “If I wanted to, I deceived someone and the like, but it is God who wants it this way, after all I put myself in his hands.” This is abdication of responsibility, this is a game of consciousness, this is manipulation. Nothing else. No, this will not work.

Zh: And in what case is the subject of authorities acceptable? Not even authorities, but teachers.

IM: Well, the only teacher is in heaven, as the Bible says. This subject is acceptable only if a person really aspires to God, follows the path himself and serves as an example to others, no more. However, this is a rare event, but it has the right to exist. Only in that case, let’s say, one can learn something. Yet it must be realized and understood that everyone will walk his own way, solely one’s own way, when he is on the path. It is impossible to walk along the same pathway, because this pathway is too short, and it is within a person. So, you have your own inner way, she has her own way. She can never follow your path, because it’s your body, your consciousness, your Personality, excuse me, your soul. It’s impossible. But it is impossible to be without mentors in the process of service. It’s true, there’s no other way. But this has nothing to do with spiritual salvation, it must be understood. And true service it’s those whom we call the Geliars, or, well, from time immemorial there have been those who really took the path of serving God, they served not to some kind of organization, not the interests of organization in some organization, but they really served God. Yet this is due to the fact that people serving the Spiritual World actively confronted, say, metaphysical manifestations, which come from those very servants of the devil and hinder people on the spiritual path. And it is they (the Geliars) who protect on this path. This requires tools. In addition to tools, it is natural that they receive certain spiritual powers that are capable of manifesting metaphysically in this world. But here, there’s definitely no way without teachers. But these are extremely rare occasions that are not related to the spiritual path. This is the highest form of service, I already talked about this, when a person made it to the Spiritual World, opened the door, took a step, then stopped, went back and stayed to serve the Spiritual World, because those who remained in that world are dear to him. So, he wants to ease for them, let’s say, their way. Well, this is rare. But in order to learn, here, of course, mentors are needed. But this is a rare phenomenon.

Zh: Right. Here is another question about Geliarship. Many people, when they face some situations which, well, it’s hard to cope with… Let’s say, they want to get this knowledge, these super abilities to somehow deal with the difficulties that they encounter.

IM: Actually, they want to get magical abilities in order to dominate other people. This is all that the consciousness urges them to do. People will cope with any obstacles, with any problems that stand in their way, if they really do strive for God, if the desire to live is above everything material in this world. But, excuse me, if there is at least any value in this world for you above God’s love, sincere and real, which you can acquire – you will never be saved. Because even the very understanding of “equal value”, and especially “above”, well, it eliminates the process of liberation. Isn’t it so? It is. So what kind of obstacles might a person have for which he needs tools, magical powers that he can…

IM: …other people, and not only. To subordinate demons, to command them, so that they later attack unwanted neighbors who make noise at night.

T: Igor Mikhailovich, people also wonder: “What is the difference between religion and ethics?” It is believed that religion teaches a human to be good.

IM: Well, ethics, it teaches people to do the right thing, according to, let’s say, generally accepted norms, but religion, it gives a chance for spiritual salvation in addition. Well, because in religion there are grains of truth, spiritual grains that a person can comprehend, and thus to be also saved spiritually. And ethics – it’s just a set of morals, just masks, wearing masks: when you feel sick, yet you are smiling. However, religion teaches us to act exactly in such a way so as not to feel sick, but to understand the essence of things. The difference is substantial.

Zh: Yes, it is. And here’s the next question: “Who is more pleasing to God – an honest atheist or one who believed in Him because of fear?”

IM: Neither. Only those who come to Him are pleasing to God. Excuse me, but I will give a simple example: which of your egg cells is more pleasing to you, do you know about them?

IM: Well, that’s the answer for you. But, excuse me, when it meets a spermatozoon and a life is conceived in you, nothing you can do, what you get is what will please you, whatever it turns out to be later. Isn’t that so? Well, that’s an earthly example. Here, it can only have both gender and forms and, ultimately, to be someone of his or her choice. But only equal and free ones come to the Spiritual World, angels come there. And the person should acquire this life here in order to come there with joy. Because, as you can see, the filter is very considerable. There is a considerable filter in the role of satan which, let’s say, eliminates any doubters, prideful ones and all the others, although this same filter creates this interference. But, excuse me, that’s the weakness and immaturity of human, when he succumbs to temptation. Isn’t that so? If for a person, I say once again, something in this world is above God’s love, then he is not worthy of the Spiritual World. But this is his choice. And it’s all fair.

T: Igor Mikhailovich, there is also such a question, and it’s a very common argument that “believers talk about eternal life, but still, no one has ever returned from there.”

IM: Who said that no one has ever returned from there? Jesus is a good example. (T: To feel…)
Do people really see, say, other people who represent the interests of the Spiritual World, let’s say this carefully? After all, they look with the earthly eyes. And what do they see? An image, nothing more. And the image corresponds to their own image, which they see in the mirror, doesn’t it? It’s possible to feel. I’ll put it simply, it’s impossible not to feel. But again, this happens only when a person is able to perceive the sacred and spiritual. But if a person does not really perceive, for example, the representatives of the Spiritual World, he does not feel them, but considers himself to be spiritually free, then all his freedom is dictated by demons in his head, that’s it, isn’t that so? We have already spoken with you about this in the previous programme, and I will say it again, true believers were, in fact, throwing stones at Jesus Christ Himself and crucified Him in the end. They did not see who was in front of them, and they did not feel it. So what kind of believers and true ones are they?! That’s the answer.

8 FOUNDATIONS OF THE CREATIVE SOCIETY 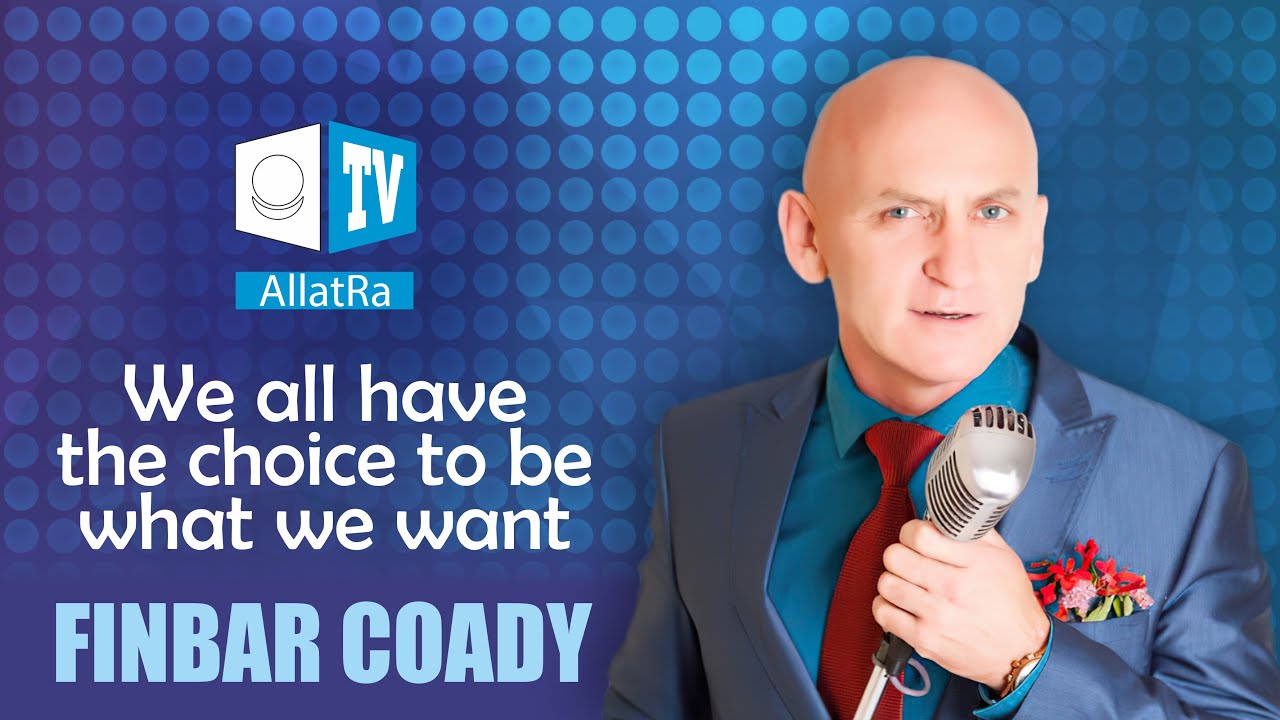 Finbar Coady: “We all have the choice to be what we want” 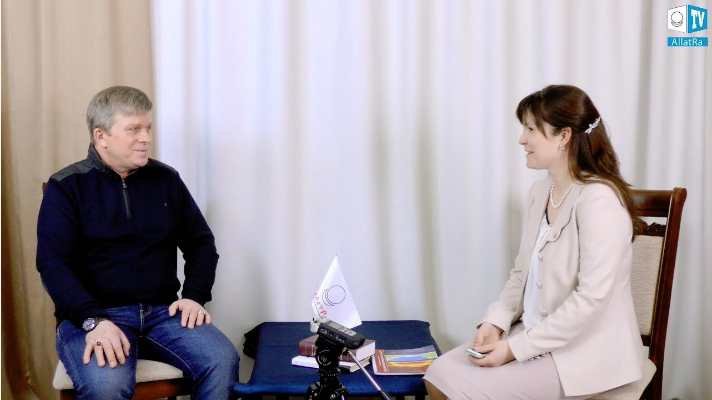 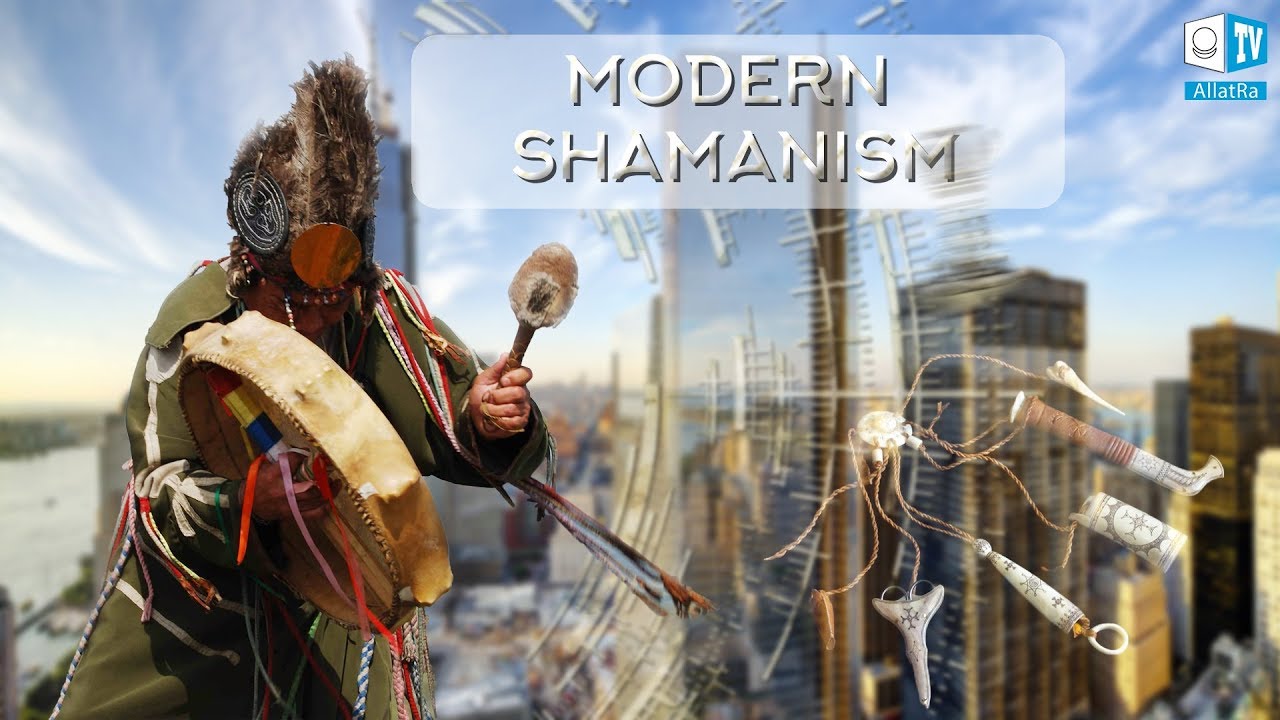 MODERN SHAMANISM. Games of the visible and the invisible worlds on ALLATRA TV. 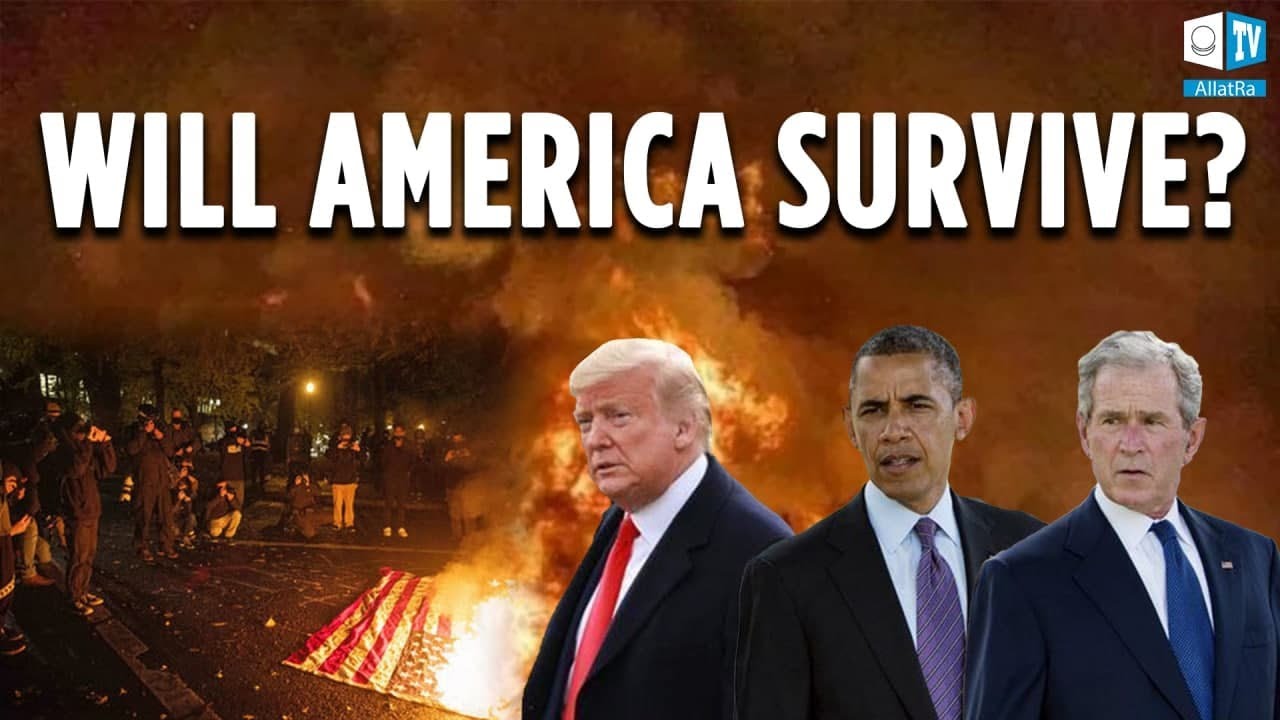 American Dream. What Has Gone Wrong?