Birds and a Stone 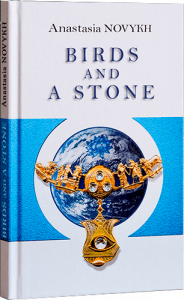 The legendary personality of Sensei, in one way or another, unites these three stories: “Duty”, “Everything is so simple”, and “Birds and stone”.

“Duty” tells about one unusual day in the life of Major Rebrov. On that fatal duty, being in danger of his life, he suddenly faced a phenomenon, absolutely unusual to this world, but that gave him a chance not only to save people’s life but also to survive in this situation. From that moment on he has got absolutely different view on world.

“Everything is so simple” is a story about an old man fishing at the riverside to whom an unusual young man has rejoined to. During their conversation they have concerned a lot of issues that are vital for every man in his old age and also a deep ancient parable has been revealed.

“Birds and stone” is the most striking and impressive by information story. It tells about an unusual meeting of the main hero-Sensei with Maks, who once in the past spent with Sensei quite a long time.