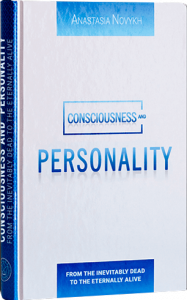 The living conditions of society and civilization have been changing throughout life. But only one thing stays unchanged – the human being, his inner duality, and the question of the true meaning of his existence here. At all times this very meaning of life has been and remains the Spiritual liberation, which has been achieved through the practical experience of cognizing yourself, your true nature, as well as by means of self-perfection in various spiritual practices.

This is an alive conversation with Igor Mikhailovich Danilov. It is an alive book. It is a beginning of global events that will inevitably have a further development. It is a consequence of what happened on December 21, 2012. It is the next step after the book “AllatRa”.

It is an unmasking of the system. It is the Knowledge lost in the centuries. The instruments with the help of which many people can gain real Freedom from the enslavement of the system which secretly acts through consciousness. It is a unique experience and practice of being in touch with the Spiritual World. It is an alive conversation for those who want to become a part of the Boundless World.

Here, the instruments are given so as not only to resist the Evil in oneself but also to bring here, into this world, something that has been missing for a long time – it is more sincere, real God’s Love and that Freedom which is like fresh waters washing away the filth and lie of the consciousness and quenching the Personality’s Spiritual thirst. The alive conversation is a Key for the Personality and a Path of person’s transformation from the inevitably dead to the eternally Alive.

THE TRUTH that reveals the system AND CHANGES YOU FOREVER!