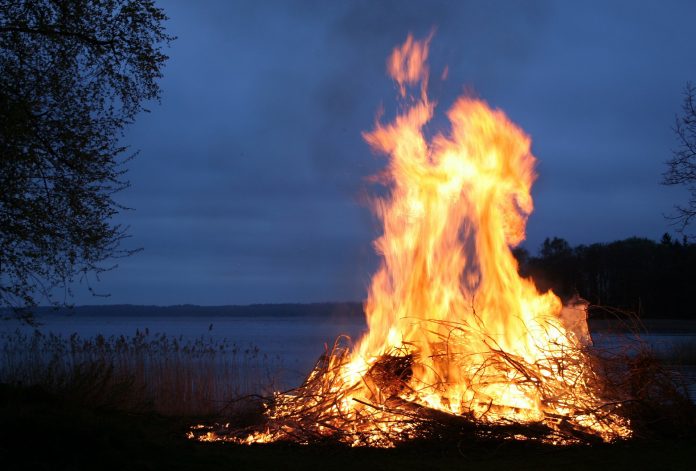 Rigden: ...For better understanding, I will illustrate with a figurative example of an Internet user what a person's choice between the two dominant forces...
Read more
Excerpts from the books & TV

When you are interpreting associations after a meditation, it is important to analyse who exactly in you is so afraid of Eternity. A similar...
Read more

“Valera, would you like to ask something?”
“Yes,” he answered firmly.

Those standing alongside froze with bated breath. Valera was looking straight into Sensei’s eyes. Perhaps, because his gaze was so open and not frowning as usual, or maybe because the fire was brightly illuminating his face, or for some other reason, Valera’s face looked totally different. It acquired some ideally accurate subtle features. And hardly everyone understood what Valera further said as if devoting a part of his soul to every word.

“I’m aware that I am only a human. But I want to experience Him.”
“The way to Him is both simple and difficult at the same time. Are you sure you’re ready?”
“I don’t know the way, but I’ll go wherever you indicate.”
Father John who was standing alongside, couldn’t help commenting and said sarcastically:
“What do you mean “I’ll go wherever you indicate”? And what if he indicates to go into the water, for example? Will you go there?”
“I’ll go to the water,” Valera answered with confidence, not taking his eyes of Sensei.
“Well, water is pretty OK,” there was no stopping Father John. “But what if he directs you to the fire?”
“I’ll go to the fire,” Valera echoed with the same confidence.

Valera turned round without a word like a person totally lacking fear and moved towards the enormous campfire. Vano was first watching the guy with a smile, however, as Valera was coming closer to the fire, the priest’s lips trembled, and the smile vanished from his face in a flash. Valera raked away the burning branches with his foot and… quietly stepped into the fire as if it was not the fiery element, but the cool night air. People standing around were more than shocked. They experienced the real animal fear and horror caused by a sensation of unreality of what was happening. Vano, Nikolai Andreevich and Stas were the first ones to take alarm, endeavoring to take measures for Valera’s rescue. However, Sensei stopped them with a hand gesture, not letting Valera out of his sight.

Meanwhile, the flame blazed up unusually brightly, having enfolded Valera in a compact ring. Unbelievably, his clothes as well as the guy himself were remaining intact. Time seemed to have frozen. Valera slowly turned round and faced Sensei. His gaze was still confident and open. He was preserving absolute calm adjoining indifference to everything occurring around him. He seemed to be seeing and feeling a totally different “something” which could not be seen by those watching the scene. The others were unlucky to observe only his mortal body seized by the flame. Probably, five to ten seconds hardly passed before Sensei raised his hand and silently beckoned the guy back from the fire column, while for all the present this time had stretched into a whole eternity. Reality and unreality of what was happening mixed in their minds, ruthlessly eliminating the distinction between those two during such an incredible spectacle review.

Valera started coming out of the fire. The flame timidly strove after him, blazing unusually vividly as if unwilling to release its voluntary prisoner. The guy came out entirely unhurt. He silently came up to Sensei. And, all of a sudden, there happened what’s called “a great mystery”. Four persons standing next to Sensei, namely Nikolai Andreevich, Vano, Anastasia and Stas, became the onlookers. Once Valera drew near Sensei, the latter undid his palm and handed a white stone of amazingly pure color to the guy with some hieroglyphs inscribed on it. It proved to be almost impossible to discern them more attentively because of an unusual light they were gleaming with. That glimmer of light merging in a single flow generated a strange feeling as if the light was emanating not from the inscription, but rather from inside of the observer’s eyes. Valera silently took the white stone and hid it in his palm from curious eyes. Everything returned to its normal state as if nothing had happened at all. Just the scattered campfire and the shock condition of the company were reminding of the recent inconceivable incident.

An extract from Anastasia’s diary:
“It’s impossible to express in words the entire magnificence I’ve experienced twice in such a short period of time. I’m afraid of losing that extraordinary feeling which is still alive inside me, that’s why I’m in a hurry to record it in my diary. Staggering internal freedom, boundless Love, an incredibly realistic sensation of His presence… Valera has realized it and opened himself. It’s indeed the Genuine Life which makes your soul tremble and dissipates illusion. In His reality, there are no hindrances. There is an infinite feeling of freedom, a bright light and a staggering internal sensation of unity with Him! It is such a pity that human language is too meager, and that it is impossible to describe His reality! But it is so unspeakably splendid to be in that reality for even several moments! It cannot be compared to anything! It is indeed the great happiness of a Human – the Human returning to his or her genuine Home!!!”

From the book “Ezoosmos” by A. Novykh

A very important programme for all who really work on themselves in each day, who aspire to learn to control their consciousness and to Live as Personality.

The AllatRA TV team attended 10th World Assembly of Religions for Peace in Lindau, Germany. “Caring for our common future" was the motto of...
Read more

In this illusory world, everything is fleeting like a mirage in the desert. Therefore, everything that we possess in the physical world has no...
Read more

On a limestone base, which represents all that is left from a life-size statue of King Djoser, a unique inscription was found. It records,...
Read more