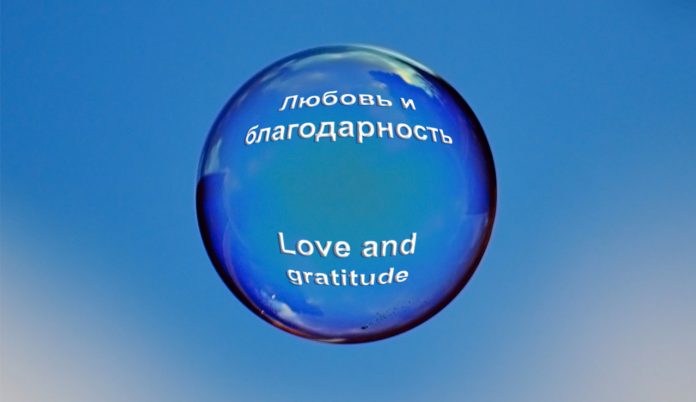 Rigden: ...The "Pyramid" is far from the limit of perfection, although it is a very effective meditation that helps you to feel your true...
Read more
Spiritual practices

Meditation on concentration of attention

Attention is power, the beginning of creation. Rigden Djappo (from the book “AllatRa“)“Now we will practice the simplest meditation on the concentration of attention, so...
Read more
Spiritual practices

“This spiritual practice is called ‘Lotus Flower’. It consists of the following. You imagine that you plant the seed of a lotus inside yourself, in the region of...
Read more
Spiritual practices

(for clensing thoughts from the negative)… Today, we will do the same meditation as last time, to purify thoughts. For those who were absent,...
Read more

“This meditation also refers to the “Lotus“. It is very effective and effective in such cases. And most importantly – it is available for any “drowning“ in the ocean of the Animal. The essence of it is as follows. In the beginning, as usual, you focus on the solar plexus, showing there the lotus flower and concentrating on its cultivation all your love, that is, performing the “Lotus Flower“ meditation. Finally, when you calm your thoughts and focus on the positive, you begin to imagine that your body consists of many small balls, or atoms, or cells, as far as your imagination may stretch. It is very important to see the structure of your body, to imagine every cell. Seeing these clusters, you take each ball or cage as you like, and visually write on it, as if in your mind, displaying every letter, a very strong spiritual formula consisting of two simple words: “Love and Gratitude“. And it does not matter in what language you will write these two words. The main thing is their essence. This formula works on the principle of the Grail. After all, Love and Gratitude is the only thing a man can give to God.”

Thus, in meditation you gradually fill billions of cells of the body with these inscriptions, as a result of which you concentrate on this strong formula, restoring your body not only physically, but spiritually. The cell on which you left this inscription on is forever under the protection of this effective, strong formula, as if under a charm, as in the sign of a tamga. Filling yourself with this formula, you not only cleanse yourself of your mental mud, but also, as it were, manifest the inner light emanating from these cells, as if many small lamps light up and inside you become so bright that there is nowhere for the shadows to fall … Yes, it is important that when performing this meditation you were focused only on these words and turned off all extraneous thoughts.

“Outsiders?!“ said Ruslan, either answering himself, or asking Sensei a question, although he turned directly to Zhenya.

“Well yes. When we even just think about something, and then in us a few thoughts at once start jumping on different topics, jumping one on another. During meditation, this process, of course, is inhibited, but everyone has different ways. It happens with a bad concentration of uncontrolled thoughts popping up as if in the background, and you can quietly, while performing the meditation, switch to thinking about something foreign. In this meditation, it is important to focus so purposefully so that there is no unnecessary thought.”

“I understand,” said Zhenya. So, we need to concentrate and imagine.

Ruslan shrugged, obviously not quite understanding the essence of this meditation. “Hmm, so everything is simple? Connect your imagination and everything?”

To which Sensei remarked:
“Although at first glance this meditation may seem too simple and naive, as Ruslan says, “I have connected my imagination and everything” but … everything here is not so simple. In addition to the impact of this strong formula, thanks to the imagination of man, the power of thought is activated. The power of thought is a kind of impetus for the realisation of a program determined by a man, the consequences of which are reflected in his spiritual and physical health. And since many people are constantly on the wave of their Animal onset, the mass of their problems, including psychological and physical, is a consequence, first of all, of their bad thoughts. This same meditation is very useful not only for those who want to bring order inside themselves, but also to those people who already suffer, including from various diseases. After all, almost eighty percent of the disease is a psychological component. The more a person thinks about the disease, the harder he suffers.”

“It‘s true,” our therapist confirmed. – “It happens that a person so thinks up a disease, that then it is impossible to get rid of it, so it’s rooted in himself the thought that in his case it is incurable. Here, Sensei, I agree with you. For people who have sham nerves, this meditation will really be a much better means than all the most effective modern medicines put together. After all, human thought cannot be cured by chemistry. Chemistry is good only as a first aid for the body, but no more.”
And, after a short pause, he continued. “Mmm…yes, the human brain is still a very mysterious substance and is far from being studied.”
And with a smile added. “It‘s amazing that gray antiquity all in some issues knew about it a fraction more than the present humanity.”

“And you cannot imagine how much!” Sensei specified.

From the book by A. Novykh “SENSEI – IV”

OVNI, une affaire d'État. UFO: A State Affair. A journalistic investigation with this name was released on July 15 as part of the news...
Read more

On November 17, 2019 an online conference of a new format “Game of Professionals. INVISIBLE WORLD. POLTERGEIST” will be held on the platform of ALLATRA...
Read more

Hundreds of thousands suffer the effects of disasters such as storms, earthquakes and melting glaciers

Watch in this episode of Breaking News: EARTHQUAKES: YELLOWSTONE STRENGTHENING SEISMIC ACTIVITY - in 10 days, a tremor of 78 earthquakes was observed. INTERCONNECTION OF SEISMIC ACTIVITY...
Read more

Every person, on a daily basis, whether consciously or unconsciously, in one way or another, exerts influence on people who surround him. But to...
Read more