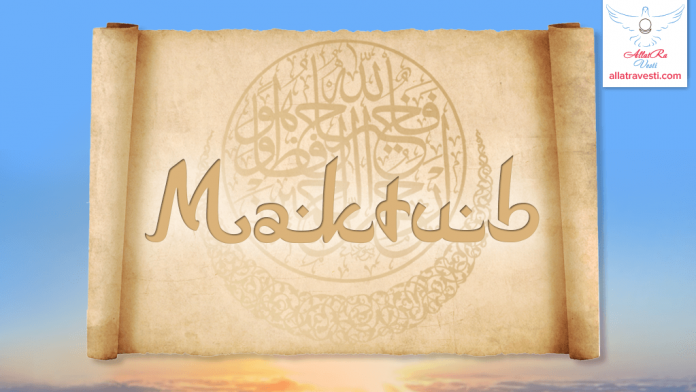 The twilight was falling… The desert’s cold night was gradually gaining its dominance… Therefore, tardy travellers who hadn’t had time to return to the city were hastily preparing for the overnight stay, looking for firewood for the campfire and hobbling their horses…

There were three travellers. An older man, a young daring fellow, and an adolescent…The daring fellow didn’t let the older man to take part in the preparations and tried to persuade him to rest. He treated him with great respect and love, taking care of him like a younger brother of an elder brother. In fact, that was really so. They were cousins. And not only that.

“O Messenger of Allah, take a rest! You don’t have to worry!” he was saying.

However, the one whom he addressed, smiling with a kind and friendly smile, didn’t say anything in response and continued to take an equal part in the joint arrangements for the overnight stay. When the campfire was kindled, and the tired travellers settled down around it, the young daring fellow started a leisurely conversation between the people whose bodies were tired, but who were happy in their heart…

“Yes, we’ve been riding all day in the desert, but still haven’t found these camels… And these are actually red camels!” he said with a note of regret in his voice.

The whole point was that early in the morning three red camels had strayed from the caravan, and now the travellers were looking for them. After all, red camels were particularly valued. However, following his exclamation, the one whom he called the Messenger of Allah answered with the same friendly and wise smile,

“O my uncle’s son! Don’t bother your heart. If Allah brings at least one person to the Truth through you, this is more precious than all the red camels of the world!” *

“Yet, whom can we bring to the Truth here?” Ali exclaimed.

The Prophet smiled and nodded at the adolescent who was listening to them attentively, with his gaze fixed on the fire. 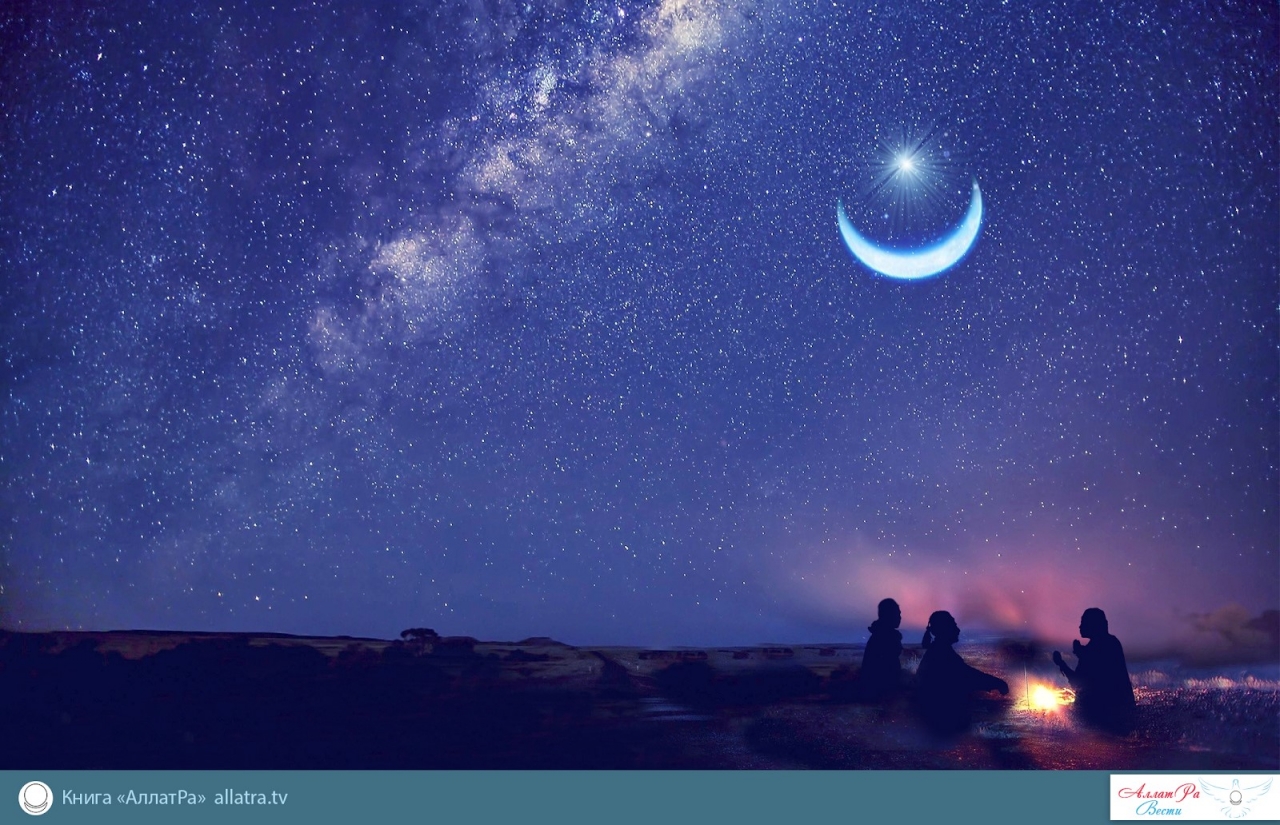 Ali smiled back and said,

“But he’s already in the Truth since he’s in Islam. And he is following your path, O Messenger of Allah! What else do you want to teach him today?”

The Prophet stirred the fire with a stick, lay down comfortably with his left hand on his forehead, and looked at the stars thoughtfully. Then he uttered slowly,

“The one whose heart is open to knowledge always has something to learn, and there are no limits after achieving which a person can say that he has comprehended everything. Each day teaches us something, but only if we are open in our hearts.”

Ali nodded silently, agreeing with the Messenger of Allah.

“He is maturing,” the Messenger of Allah continued, “and soon he will have to become a tree, in the shadow of which many will be able to find help and support along the way. And in order to be able to give people this support, he also has to know… some important truths concerning women, which I actually would like to share with our young friend while we are far from the city rush.

Therefore, O son of my uncle, do not underestimate this youth! With his help, we will send a letter for the future centuries. Maktub for our followers who will face severe difficulties at the end of times. And through him, we will send them a message. By hearing and accepting it, our followers will be able to easily pass through all the difficulties of that truly awful time.”

The Messenger of Allah said with a smile,

“A woman is what entrusted from Allah! And she’s a casket with jewels. The womb of women contains grace… bliss.” * With some of them, it is surely unbearable. But haven’t we faced the same among men?

If a person is ruled by shaitan, then believe me, whether it’s a man or a woman, it’s really difficult to live with them. They are slaves of Iblis, and this makes them inevitably dead. It is difficult and unpleasant to communicate with the dead. Therefore, it doesn’t matter whether it’s a woman or a man. The essence is only in what a person lives inside, in his heart, with. With Love and Gratitude to Allah or with vanity, lust for power and salacity from Iblis, with envy, hatred…”

“Besides,” the Prophet continued, “these manifestations are more complicated in women just because they have more inner strength. That is why, if a woman is controlled by her shaitan (and, after all, there is a shaitan with every person), then these manifestations intensify through them.”

“O Messenger of Allah! Is there a shaitan with you, too?” the young man asked.

“Yes,” the Prophet responded simply. “But Allah gave me the strength to overcome him, and he obeys me.” *

“Hence, every person can subdue him?”

“Of course! That’s the way it should be! And this is the essence of worship to the Almighty! That’s exactly what Islam is!

When only Love for Allah, Love, Respect and Esteem for Allah reign in a person’s heart. And there is no place for shaitan there. Shaitan performs only what a person tells him. After all, he’s just a tool. A tool who’s got a false opinion of himself as a master.”

“So,” the Prophet continued, “when some of our men say that women have chicken brains, and that they don’t understand anything… Yet, aren’t there men of the same kind? They might not have chicken brains, but monkey brains are no better. So, this has nothing to do with the essence of what I want to tell you. While the essence is simple. And, above all, the point is that every woman is able to bestow life! Both life to our body and Life to our Spirit! And therefore, every woman is a gift! A gift from Allah! Every woman who unfolds the source of Love for Allah in herself is a gift that adorns this life. Indeed, the point is that women are flowers of this life. Flowers that adorn this desert.

The Prophet raised his hand from his forehead and made a broad gesture towards the endless expanses of the desert. “This worldly life is just a desert, but flowers are given to us in it, flowers that not only delight our eyes, but also fill our hearts with power. These flowers are women! That’s why every real fatana* is obliged to be a daring good man and a courageous defender of a woman, the one who protects women, and who helps them to reveal their essence!”

“Yes, because a woman is Reyhan*, while a man is Kahraman*!” Ali said in a singing voice, as if recalling something.

“That’s not all,” continued the Prophet. “A woman is a mother! Paradise lies under the feet of mothers!Moreover, a woman is a mother not only for the body, but also a mother who with her inner strength is able to help our Spirit to become strong by helping men to be alive on this path, while the task of men is to protect these flowers so that this source would feed them. And this is such an interrelationship, such a harmony conceived by Allah the Almighty! You just missed the time of jahiliyyah, the time of ignorance… At that time, it was the girls who were buried alive by ignorant people. Iblis ruled in the heads of the latter to such an extent that they committed this sacrilege.

Yet, when a girl is born in a house, Allah the Almighty sends angels there, and they greet, “Peace to you, the inhabitants of this house!” Then the angels cover the newborn girl with their wings, stroke her head, and say, “How weak and helpless she is, and she has come out of a weak body. If her father raises her, then until the Day of Judgement he will have help from Allah.*

Truly, this is a real grace and a gift to this house in which the girl was born. And that’s why the best of the Muslims is the one who treats his wife and daughters the best.

However, over time Iblis, when we leave,  — oh, Ali! — Iblis will anyway continue to fight against this source, in every way possible he will try to eliminate it, to enslave it, and to hide this Truth from people. And by the end of times this Truth will be so much hidden from people that my heart is in a flood of tears when I see all the trials that people of that time will have to go through. After all, Iblis will fool and trick people so much that people will start selling their sisters into slavery, and debauchery will be everywhere. And where there is no debauchery, there will be oppression of women in other forms. And those who call themselves Muslims will be more cruel slave-owners than Umayyah ibn Khalaf*. Their hearts will be like stones.

In their hearts, there will be neither respect nor mercy for women. And then, at first a small group of people, led by Mahdi, will begin to tell the Truth to people, and from this Truth the hearts of true Muslims, righteous Muslims will start inflaming, and this Truth will spread among all people. The Truth that a woman is actually a source of Love. And every true, faithful servant of Allah will not allow himself to disrespect women.

And the more righteous a person is, the more respectfully he treats women! Therefore, I edify my followers to treat women with respect and consideration. And to take care of them. And besides… By the end of times, when Iblis will confuse everything so much, when all religions will be confused… In some religions he‘ll remove the work on themselves, meaning jihad, while in others he’ll remove the very concept of Allah. I mean, he will entangle everything to such an extent…

So, at that time, those who are truly athirst for the Grace of Allah must turn to and follow the faith of the ancient religious women. The ancient, eternal, primordial women! I mean the Allat Sisters. From time immemorial, the Allat Sisters were the ones who were bringing God’s Love to this world, making this world more perfect. They served Allah, and therefore their faith will be revived with the help of Imam Mahdi! With the help of the Knowledge that Allah will pass through Mahdi! Thus, I edify all true believers to turn to the faith of the ancient religious women – the Allat Sisters!

IRELAND, ALINA. I have understood how consciousness tries to seem better and where the truth lies. REALIZATIONS. LIFE VLOG

The participant of the ALLATRA International Public Movement  - Alina, Ireland, in the LIFE VLOG format  shares her awareness of how the system operates...
Read more

We feel Your Love

God is One! «We are all brothers and sisters! And our Home is Planet Earth. When only Love unites all people, This Home becomes...
Read more

Can consciousness hide behind illnesses and create dangerous situations?

Question: the body does not always cope on the path of spiritual development. And, as a rule, it manifests itself in the form of...
Read more

ABOUT US
ALLATRA in Canada is a public initiative aimed at creating a creative information space in the English-speaking segment of the Internet. The main goal of this portal is to strengthen the spiritual and moral values and develop a high culture of human relations in modern society, as well as timely notification of the world’s population about the events. We are out of politics and religion.
Contact us: info@allatra.ca
FOLLOW US
ALLATRA in Canada