(for clensing thoughts from the negative)

… Today, we will do the same meditation as last time, to purify thoughts. For those who were absent, I will repeat. So, stand comfortably, legs at shoulders’ width. Hands should touch each other with the tips of the fingers at the level of the belly, tip to tip. In other words, thumb to thumb, forefinger to forefinger, and so forth. Like this.

” Sensei showed me this connection.
“It is necessary to relax by removing all thoughts and to concentrate only on normal breathing. Then, when you have reached a state of full relaxation of all extremities and a feeling of inner peace, begin to imagine that you are a jug. In other words, the top part of your head is as if cut off like in a jug… The source of water is the soul. This water fills your whole body and, in the end, overfills it, spilling over the edge of the jug, streaming down the body and into the earth. During this process, as it fills the body and flows out into the earth, it takes with it all of the bad thoughts, all the problems; in other words, all that dirt and unrest present in your mind. It is as if you are cleansing yourselves inside. And when you purify yourselves this way, you begin to feel a clear division of soul and thought: the soul located inside of you and the soul located above the jug which is observing the process.
And finally, by practicing this meditation every day, you cleanse your thoughts of all the negative ones and further learn to control them, all the while keeping your mind in a ‘clean’ state… Any questions?”

“Why should the hands touch exactly this way?” I asked.
“Because during this meditation, certain energies circulate inside of the body. I will tell you more about them later. The tips of the fingers need to close the circuit. Furthermore, there is a stimulation of the skin nerve receptors located on the tips of fingers, which affects the brain in a positive and calming way…
Are there any other questions?” Everybody remained silent.
“Then let’s begin.”

Under Sensei’s guidance, we began to perform this meditation. I tried to imagine myself as a jug, but my imagination formed this image somehow only half-way, because my mind just couldn’t agree with this definition. I stopped trying to prove anything to myself and simply thought, “I am a jug,” and concentrated on the ‘internal source of water’. An interesting feeling appeared, as if my consciousness went inside of me, went into my soul, and concentrated in the form of a point in the area of the solar plexus. That point began to widen gradually while crystal clear water spiralled in it. Finally, there was so much water that it poured over, filling my entire body with its pleasant moisture. Filling the ‘vessel’ this way, this pleasant feeling ‘flowed over the edge’. A wave of gentle goosebumps started to run over my body from top to bottom, as though going into the earth. I imagined that my body was being cleansed of all bad thoughts. And in one moment, I felt so nice inside, so cosy, and so joyful that I couldn’t resist and slightly deviated from the meditation, thanking God for all that He gave me in life, for all His Love for His children. In the next moment, I suddenly discovered that my consciousness, in other words, my real “I”, was seemingly above my body. But my body didn’t look like a body at all. From its ‘jug-like’ head emanated thousands of thin, multi-coloured threads which went into the ground in a continuous movement. In the depth of the jug, something bright was shining, transforming these threads into more vivid colours. The beauty was simply spellbinding. But then I heard Sensei’s melodious voice, reaching me from somewhere far away.
“And now take two deep, quick breaths in and out. Quickly clench and unclench your fists. Open your eyes.”

I quickly came to my senses, though the state of this internal euphoria stayed somewhere in the depth of my “I”. As it later turned out, each of the guys experienced this state differently. The senior guys did it better than I did, while for my friends it all transpired only at the level of bare imagination. Sensei told them that for many people, it often happens this way at first. However, if they practice persistently at home every day and have a desire to improve their moral qualities, then in time they would experience new feelings and learn to constantly control their thoughts. The most important thing is to believe in themselves, in their powers, and not to be lazy”.

The days flew by in a blink of an eye. I liked this new meditation so much that I performed it with pleasure before going to bed though, just like all the previous ones, in turn. One day, I asked Sensei whether it’s harmful to do them one after another in one evening. He replied that, quite on the contrary, it was very useful because then a human works more on himself spiritually, while the ‘Lotus Flower’ awakens the soul as well. “It’s better to perform them in the evening before going to bed and in the morning when you wake up. These are the simplest meditations to work on the concentration of attention, the awakening of internal sight, and control over thoughts. They are absolutely harmless; that’s why everybody can learn them, even those who have never come across any spiritual practices. And at the same time, these meditations, being simple and clear, bring the most results.”

We performed the same meditation as last time, aimed at ‘cleansing our intentions’. I already started to feel the ‘water’ more clearly, streaming over the edge of the jug with some kind of wavy movement. After the training, the Teacher reminded us to continuously learn to control our thoughts and ‘fish out’ negative ‘parasites’ of consciousness. He also emphasized that we shouldn’t give in to our aggression, if it appears. And the most important thing, we should constantly cultivate divine Love in ourselves by performing the ‘Lotus Flower’.

The Most Terrible Beast - Chihuahua

Meditation on concentration of attention 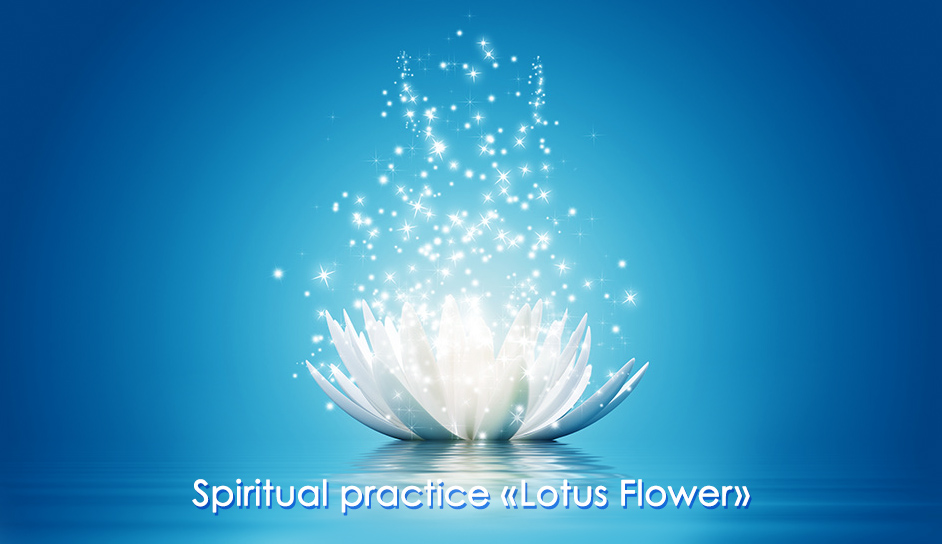