Dear friends! The great interest in spiritual knowledge, which was evoked by the AllatRa book, as well as many people’s constructive activities for the purpose of dissemination of the Knowledge set forth in it, indicate how much in demand these Grains of the Truth are in the contemporary society. All this evidences that there are many good people. Kindness is still not just alive in the world, but it is capable of flourishing and multiplying its spiritual beauty. This is an important point which predetermines subsequent actions, including those that are now begetting the future and its consequences in each of us.

Every day, more and more people from different countries are joining this process of creation. Over a short period that has passed since the day the book was released, quite a few examples have accumulated. Young people in Ukraine, in their spare time, by their own efforts, have organised whole film production, having released a lot of wonderful videos based on the AllatRa book, having created the AllatRa TV channel and programmes dedicated to the topics of this book. In Russia, wonderful people have come forth who have made quite a big personal contribution to the pursuit of intellectual enrichment of the Slavs, having provided libraries in Russia and Belarus with sets of the books, including the AllatRa book, for free. Thousands of Internet users have taken up this initiative and have helped to spread a link to the free download of an electronic version of the AllatRa book in various e-libraries, in social media, on websites. It’s impossible to find out how many people have already been able to familiarize themselves with the book as of now. But just the fact that over this little time period the book has been downloaded from the three official websites more than 150,000 times ― this already indicates a lot.

Thousands of books have been distributed for free, given as gifts or mailed out by people to their acquaintances, friends, relatives, including to those in other countries. There are also those who have undertaken to translate the book into other languages for subsequent free dissemination of this knowledge on the Internet. In this way, open-hearted aspirations of some people, the light of their soul, and purity of their intentions engender the same response in the souls of many people. Good is not just alive, but it is still strong in people and has every chance to unite them on its basis.

It is also remarkable that even representatives of clergy of all world religions, those who have devoted their life to the true service of God, have already accepted the AllatRa book as a pure source of Knowledge, which enables them to find grains of the Truth in their religion and to reject in it all the chaff introduced from the human mind over time. This has given them an opportunity to understand each other through that deep inner and eternal which exists in every human being, for which no words are needed, and which really unites all spiritual people, irrespective of their religious beliefs. This is confirmed not only by their responses to the AllatRa book, but also by the fact that today we can see representatives of all world religions at the relics of St. Reverend Agapit of Pechersk in Kiev Pechersk Lavra, who have decided to pay their spiritual respect to the ancient saint of Kievan Rus.

After the release of the AllatRa book, a wave of good, of charitable assistance, unification of people for the sake of joint good deeds, of mutual understanding between people of different countries on the basis of the knowledge set forth in this book, started rising noticeably  in the society. And the force of this wave is in the hands of people themselves, in their daily spiritual feat, in that priceless wealth which they are acquiring thanks to the personal experience of being in contact with the spiritual world and living in it by means of deep inner feelings.

For all those people who endeavour to convey the Truth, who want to satisfy their thirst from the spiritual Source, Rigden Djappo grants a unique opportunity to join the spiritual sacrament of the New Year’s night in meditation. On the night of December 31 to January 1, starting at 12:30 a.m. and until the last star of this night, everyone who desires, regardless of their location, can join the Lotus Flower meditation ― the universal meditation which Rigden Djappo will be performing. What a person will choose for himself or herself ― the holiday of matter or the feast of the Soul ― everyone decides for themselves. But, certainly, every choice made has its consequences and predetermines the person’s future destiny.

The world is changing owing to inner changes that take place in everyone who has accepted the Truth. It was this way before and it is so now. The more there are of those who are getting to know the spiritual light inside themselves, the more there will be awakened ones and ones who aspire to bring Good into this world. There are no bad people in the world. There are just those who have been awakened by the Truth from reveries of the material world, and those who are yet to wake up from the touch of its rays shining through the souls of awakened people.

People look at tree tops, but they do not see the roots. And the bottom line is this: all people are equal and, first of all, when it comes to the conditions of imprisonment in this material world, in the characteristics of their spiritual and animal natures, the transience of their lives, and the temporariness of their stay in this world! All people are born and die alone, and all have their own spiritual destiny, which they themselves form with their own choice. All people are kind by their Spiritual nature because everyone has a Soul, and in this sense everyone is kindred and very affined to each other, for Souls are united, they are from the world of God. And this unites all people, regardless of the social status, place of residence, religious beliefs, and nationality of their bodies.

Rigden Djappo (from the “AllatRa” book)

My way to Life. Vlog 4. About despession

BEWARE! ADVERTISING OF THE FUTURE 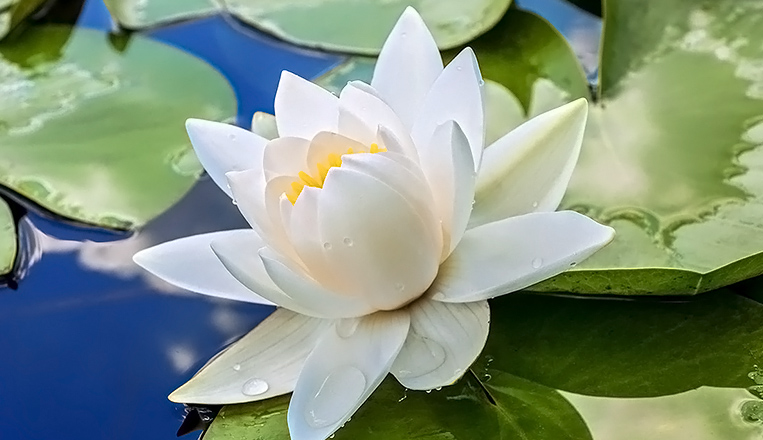