Highly in the mountains, on a sparkling snow-white alp, there was born a limpid, baby-tear-like crystal of ice. By day, it was admiring the sun and playing with light on its facets having been shaped by creative nature. By night, it was rejoicing over starts and examining these strikingly shining creatures. It grew up but by bit, absorbing more and more energy of the caressing luminary. Once, when the crystal became so big it could discern not only the sky, but the surrounding world as well, it discovered something absolutely miraculous. The clouds which were roofing the mountain bottoms, stepped aside, and it beheld a magnificent valley buried in unusual bright emerald colours. The crystal was thrilled with this sight so strongly that it got inflamed with a desire to descend to that heavenly nature’s spot and to experience all its fascinations.

The crystal strained every its nerve to change into water and rushed downwards. The faster it was descending, the more it was growing in power. Its stream was becoming wider and wider, and raged with an unbridled passion. It was rushing toward its dream, overcoming stone impediments, destructive rapids and giddy falls on its way with enviable persistence. It was excited with a spirit of novelty and an aspiration for meeting the cherished goal.

And there came a splendid moment when it happened. Its waters gushed out into the valley, being already a river. Its banks were so lovely, being buried in bright greenery! The water surface was dappled with sunlight so beautifully! Everything around was so rejoiced over vivifying water coolness! The crystal felt how it was satiating each plant with ravishing liquid, and how much pleasure it gave to those coming to its banks to slake their thirst. It sensed how a new-born life was splashing in its waters, and it became a receptacle of that life. And this was a real happiness for it!

Its life flew on in such a way. By day it slaked thirst of all needy,whereas by night it scrutinized the sky reflection in its waters, marveling at wonderful worlds and recollecting its faraway home. It seemed to it that such happiness would last forever.

However, once its waters reached the end of the valley and spread in-to a lake. Life became steady and serene. A brown slime started covering the waters which used to be seethe and gorgeous and were now turning into a musty bog. Now, hardly anyone came to these banks… There was neither bygone power nor bygone life in its waters. Fear and despair took a grip on the former crystal. It started to dread the sun. Each appearance of the luminary gave rise to a horrifying imaginary picture webbed of its own evaporating waters — a mirage of its end and relentless fate. Bubbles of doubt swelled one by one. It was afraid of becoming a steam, of losing its personality, of losing its freedom. It found its only comfort in the nights which cloaked it in the coolness of bygone memories. It looked at the shining stars with anguish, yearning for inaccessible faraway worlds and admiring their immutable beauty.

And once, at the dawn time, it got a brain-wave: it became aware of the gist of life, of the gist of eternity, it got a sensation of its genuine nature which finally awaked the soul inside it! At that moment, the dazzling sun disk showed up above the horizon. “God!—it exclaimed from the depth of its water remains. — Everything is so simple!” It rushed towards caressing rays of the powerful luminary, transforming its water into steam. A capful of wind easily caught it up and carried it high into the air, moving away from its habitual space. The former crystal was flying and experiencing an amazing feeling of weightlessness and novelty. And only then it realized that it was exactly the real, long ago lost, but so delightful veritable freedom. It was overwhelmed with sensation of all-embracing happiness, of its unique individuality and, at the same time, of its infinite unity with the enormous stunning universe which proved to be much wider than it had ever imagined. “Everything is so simple”, — its spirit repeated again and again, reveling in the flight. “Yes, now I know my genuine nature”, — it thought, fluently descending onto one of the next sparkling mountain tops…”

CITY INFRASTRUCTURE IN A CREATIVE SOCIETY

Parable about the branch of doubt 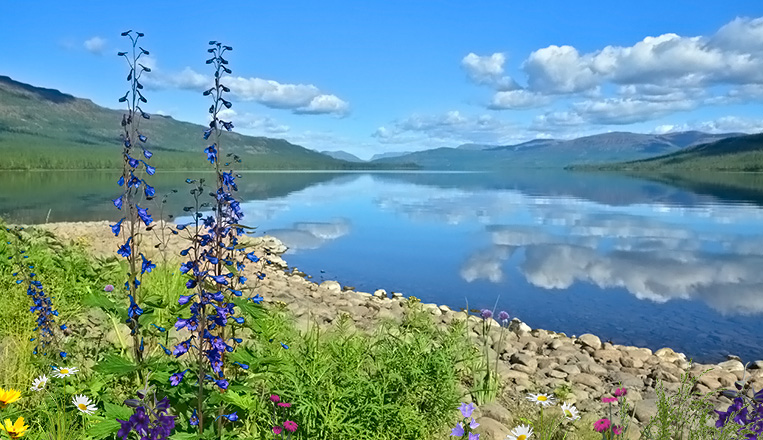