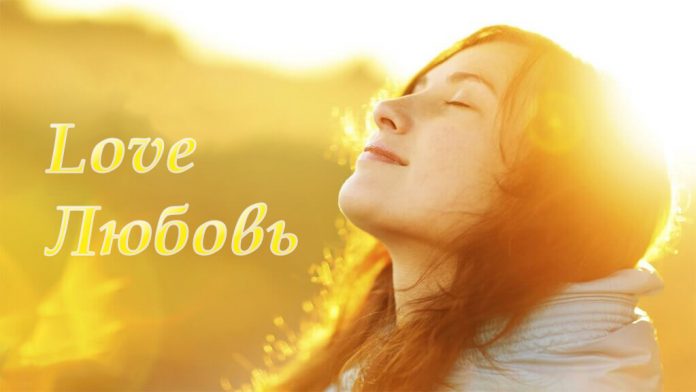 Separate the living from the dead!

The latest program, a Live Book, the film-journey “Consciousness and Personality. From Inevitable Dead to the Eternally Alive” helped me to really set apart...
Read more
Self-discovery

I have got a lump of sugar or what is a Spiritual life?

Maybe, not all but many people will agree that nothing in our life is given for no reason. There is such an interesting allegorical...
Read more
Self-discovery

Consciousness should be kept CONSTANTLY busy!

All of us have read the books by Anastasia Novykh, have watched the programmes with the participation of Igor Mikhailovich Danilov, and it would...
Read more
Self-discovery

I’ve always known that God exists. It was my inner feeling called intuitive knowledge. Just because it couldn't have been any other way. In...
Read more
Self-discovery

Disclosure: Voice in my Head

Not so long ago, I faced the Animal Mind manifestation in myself and it just stunned me. I will explain a little bit for those...
Read more

“To feel love forever, you need to take a very firm decision once and for all: to love, no matter what.

On the path of self-improvement and transformation, people meet with different situations… I will share my experience.

A year ago, a large amount of money disappeared from my parents’ apartment. In addition, it was public money. For many years, my parents paid bills for the entire garden, pensioners trust them and give money without fear. Since no one came to their house, and I have the keys to the apartment, my parents decided that I stole their money from them. That’s what they announced to me.

I cannot describe how painful it was at that moment and what a shame it was to hear it. And the thing was not so much that I couldn’t prove that I didn’t do this, but rather that the people, who brought me up, could think of such things of me for real. And that was my moment of choice within myself: the pain of a screaming Ego, guilty without guilt, or Love. I realized how hard it was for my parents then. In their minds, their daughter was a criminal, and how they would now look into the eyes of those people who have entrusted their money to them, and they… Then I made a decision not to think about it anymore, to accept everything as is. Earn the full amount and give it to my parents. I calmed down inside and felt that I love them, no matter what. Three days later, my parents reported that they had moved the cupboard and the money was there. Everyone wondered how the envelope got there. Everything was sorted out on its own. And for me it was a lesson of love and understanding.

My mom suddenly fell ill, and she was taken to the hospital. I came to her in the evening after work (tired, hungry, it was raining, it was cold). My mother asked me to buy her medicine, but only in a certain pharmacy and to buy it right away. Since there were traffic jams on the roads, I had to walk in the rain without an umbrella. I bought all the drugs on the list and happily went to the hospital. My mom opened the bag, reviewed all the bottles and pills and started screaming at me, accusing me that I bought two bottles of saline, which she had, why I spent the money in vain (saline is inexpensive). And it became so painful and offensive, the thoughts began to come into my mind that instead of gratitude for the “perfect feat” I was accused and scolded. I stood, looked at my mother and wanted to cry for self-pity (the victim, the unhappiest in the world!). And in this state of self-pity, I went away. I came to visit my friends and began complaining about how poor and unhappy I was, as I was accused of nothing.

My friends listened and in response asked the question: “What did you do that for? And what did you expect to get for your deed?” … We began to analyze the situation, such as – why do we do good deeds at all, and what can we call good deeds? It turns out that if you are waiting for praise, gratitude, or any kind of action in return for an accomplished deed, then this case cannot be called good.

Jesus Christ in the Sermon on the Mount said: “So that your alms may be in secret, and your Father who sees in secret will reward you openly” (Mat.6: 4).

I realized that self-pity is an emotion, and consciousness is fed by emotions (part of the Animal Mind system).

From the book of A. Novykh “AllatRa”

It turns out that the system needs only emotions from me. It wants to eat. And the fastest way the person can be forced into emotion, is accusing a person of something in which he is innocent. This is the fastest and most effective way. Remember, as in Krylov’s fable “The Wolf and the Lamb”:

“You are guilty of the fact that I want to eat
Said the wolf and dragged the lamb into the dark forest.”

No wonder they say: “Beware of those who want to impose guilt on you, for they crave power over you.” And, indeed, consciousness craves power over the Personality, therefore it constantly tries to blame, to suppress.

The Personality always has freedom of choice and it is the Personality who decides where to put the power of attention. To agree with the proposed state – emotion, or to give up the illusions in favor of Love.

True Love frees man internally and gives the most precious gift from heaven – the real Freedom from this material world. This is a very powerful force that awakens the Soul. This is the shortest direct path to God.

From the book of Anastasia Novykh “AllatRa”

All these observations, understandings and changes in outlook began to occur after reading the books of Anastasia Novykh and watching the program “CONSCIOUSNESS AND PERSONALITY. From the inevitably dead to the eternally alive“.

Share
Facebook
Twitter
Pinterest
WhatsApp
Linkedin
ReddIt
Email
Print
Telegram
VK
Digg
Viber
Previous articleVictory or defeat of the Personality in the battle for the Soul
Next articleGlobal cataclysms. There is a way out! The trailer for the programme СЕ ГРЯДЕТ. IT IS COMING

Climate changes on Earth are increasing and this is the reality of today.

The problem lies in the fact that a person divides himself or herself into "I" as a "person" and the soul as Something, simply...
Read more

The guest speaker of today's conversation is Dr. Ye Tao Rowland from the Rowland Institute at Harvard. He is a Chinese Canadian scientist with...
Read more

A subpersonality is a former Personality from a past life

Anastasia: That means that a subpersonality is a Personality just like you which was active in the past incarnations of your Soul. Rigden: Yes. In...
Read more