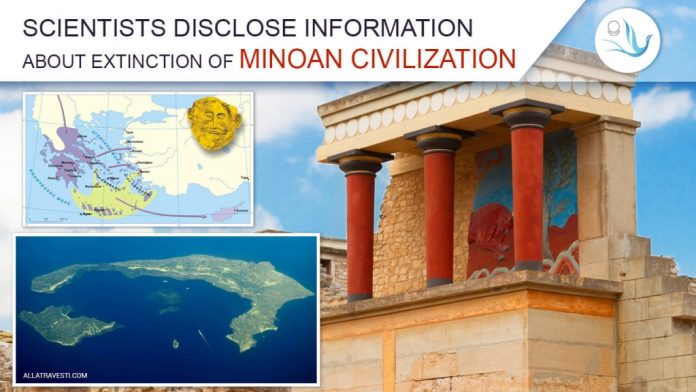 Scientists have found out why the Minoan civilization once located on the island of Crete disappeared. According to geologists, a massive volcanic eruption on the island Santorini led to tsunami, which buried the civilization.

It happened in 1628 BC; the volcano eruption caused a crack of a large part of the island, which as a result sunk into the sea. That eruption has created a tsunami, which did fatal damage on the island of Crete and, respectively, the Minoan civilization, then living in those territories. 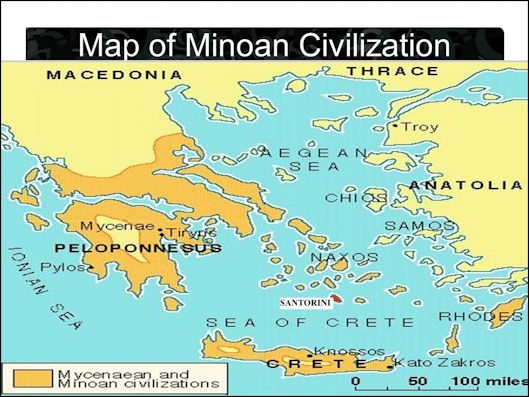 As far back as four years ago, scientists from the University of Clermont managed to retrace the events of those days. As it turned out, the volcanic eruption happened at lightning speed. Now scientists are trying to figure out how this could happen and whether people could foresee the catastrophe.

The retrace of the course of those events was made possible through the study of the composition of volcanic rocks using submersibles and submarine experts. The studies resulted in drawing of detailed maps of those places.

In the studies of the north-west of the island, scientists managed to find out that the volcano walls collapsed inward even before the flooding, and it may indicate that the tsunami wave was caused by other factors.

However, scientists are single-minded that tsunami took place, and it is proved with traces of sea water and sand in the buildings of the Minoan civilization.

Based on the analysis, scientists have come to the conclusion, that the first damage happened in the central part of the island, and then the south of the island was hit. According to the calculations of researchers, the wave height caused by the tsunami was more than 35 meters.

These studies allow scientists on the basis of past experience, pay more attention to super volcanoes and make less mistakes in the future. 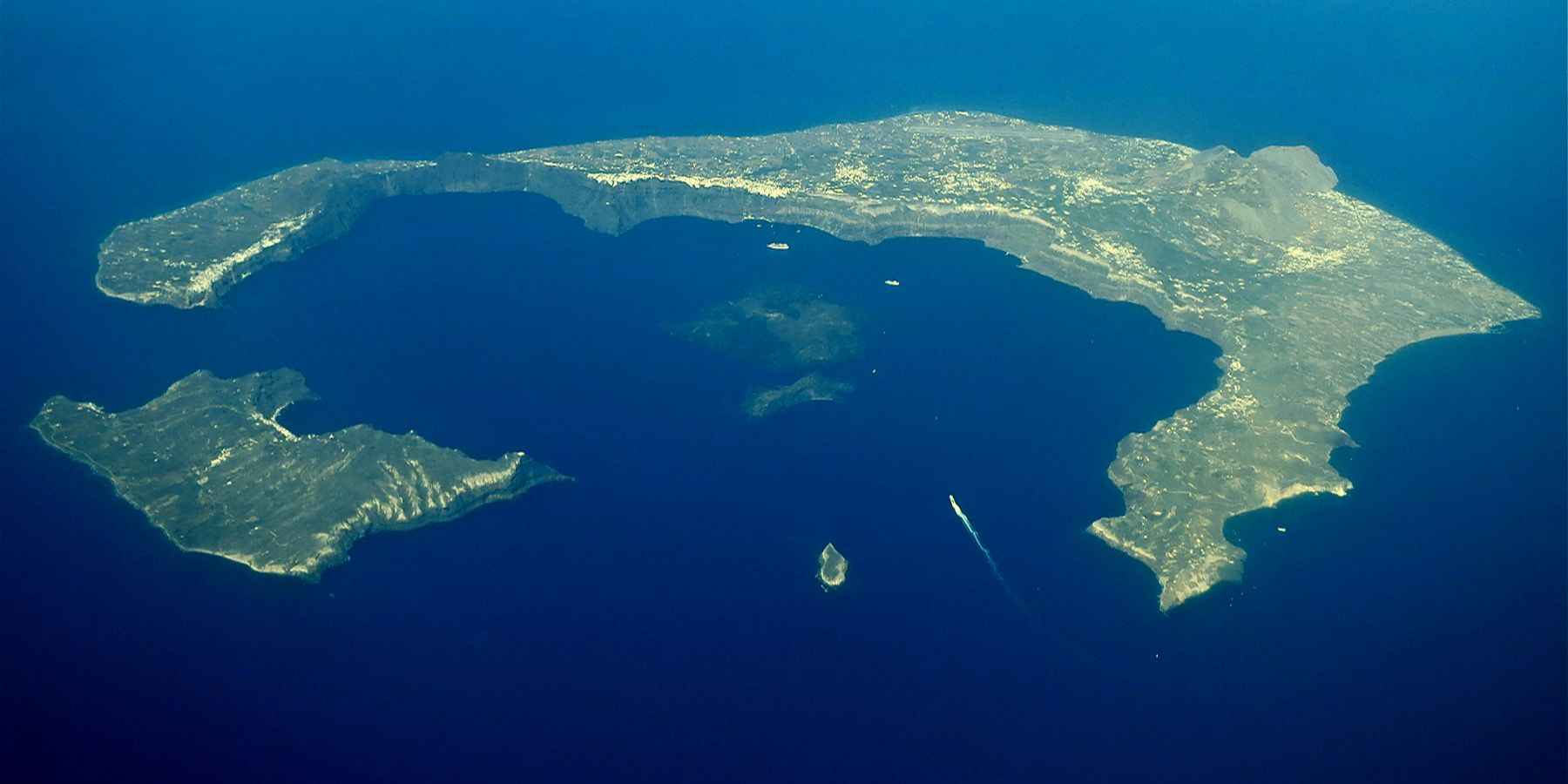 Caldera formed as a result of a volcanic eruption

Global climate change is one of the most important international problems of the 21st century. Particularly alarming is overall rapid increase in the dynamics of cataclysms, which have been observed in recent decades. Today, there is a big risk of misunderstanding and underestimating of all the factors and the scale of influence of various cosmic and geological processes on the Earth’s global climate change. Just a while ago, at the end of the 20th century, some scientists put forward various hypotheses and theories about gradual climate change. But in practice everything turned out to be somewhat different. A thorough analysis of the growing number of natural disasters and extreme weather events around the world, as well as statistical factors of cosmic and geophysical parameters in the recent years, has shown a disturbing tendency towards their significant increase over a short period of time. This data indicates that the assumptions which were put forward by a number of scientists about the gradual nature of climate change of the Earth within 100 years and more are incorrect, as in fact, this process is much more dynamic.

The mistake was that many scientists in the past years did not take into consideration the influence of the increasing acceleration of the Universe, cosmic factors, and astronomical processes on the condition of the global climatic system of the planet. All this, naturally, is affecting not only the Sun but also the other planets of the Solar system, including such a giant as Jupiter, not to mention our planet. The global climate change on Earth is mostly a derived variable of astronomical processes and their cyclicality. This cyclicality is inevitable. The geological history of our planet indicates that the Earth has already repeatedly experienced such phases of a global climate change.

The report “On the Problems and Consequences of Global Climate Change on Earth. Effective Ways to Solve These Problems”

Since antiquity, people have known that every choice that a person makes during the day doesn’t pass unnoticed - and first of all for...

How do I know that God hears me

Does God Know Everything? Does God Hear Me? Who hears us when we want money, desires, or achievements? What is a Prayer? When does...
Read more

Care for each other can unite all people. Salah Mohamed Salah, Nursing Ambassador, Egypt

Interview with Salah Mohamed Salah, Nursing Ambassador from Egypt. Salah studied nursing and was engaged in many international activities of the UN and volunteered for...
Read more

Will humanity survive? It’s time to turn on the Life program!

- Do you believe in the end of the world? - No, I went to the previous one. I did not like it. Remember the promised...
Read more