On July 24, 2021, thanks to the volunteer work of thousands of people, a large-scale online conference “Global Crisis. This Already Affects Everyone” was organized and held. The live broadcast of the conference has covered the audience all over the world. Simultaneous interpreting was carried out in 72 languages, including sign language. That is why nearly any person on the planet had the opportunity to watch the conference in his or her native language. The information voiced at the international conference was shocking, but it was evidenced with indisputable facts. Many well-known scientists, politicians, public figures, as well as media persons openly expressed their understanding of the current worldwide crisis situation.

One of these world’s famous participants was Sheyla Bonnick, the first soloist of the legendary Boney M band. Singer, the songwriter, fashion designer, writer, and performer, shared her vision about what chaos is happening around the planet that we now witness.

“If people like us get together with good, genuinely good intentions, then I feel things can change, for sure! We have to be realistically humane. Humane anyway. So, we should never support and encourage anything that causes any kind of harm to mankind,” says Sheyla in her speech at the conference.

Despite the difficult conditions in which all of humanity now finds itself, we still have time to unite and build the Creative Society, which is the only way to survive the impending climate and environmental disaster.

To learn more and join the public initiative of building a creative society, you can visit the website https://allatraunites.com/, select the language and click the “Join” button.

Why is sugar added to almost everything today? Sugar harms you may not have known about 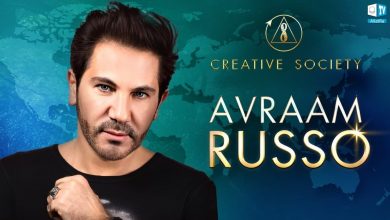 AVRAAM RUSSO. About God, Wisdom and One Truth

Can Artificial Intelligence Help Us to Survive the Climate Crisis? | International Round Table