In the recent decades, the study of the influence of gravity conditions on the functioning of living systems is one of the more promising areas of science. Scientists were able to uncover a close relationship between gravity and life support systems of the human body. These questions became relevant with the inception of space age and have arisen in connection with the problems of human presence in Earth’s orbit. Gravitational biology began its development at that moment. Scientists are still wondering how inexplicably the gravity is taken into account in all functional systems of the body, at all levels, from cells to the skeleton [1]. Who thought out with incredible precision so thoroughly the structure of living organisms under conditions of gravity? Lots of epochal discoveries are awaiting humanity in the future and at the forefront of modern science today in the field of gravitational biology and physiology (as well as in other scientific areas) are the scholars of the ALLATRA SCIENCE international community.

Already there is an understanding among the scientists of how much functioning of a living organism depends on gravitational forces, how the body quickly responds to reduction in the force of gravity, by reducing the volume of all that same extracellular fluid. Well, the point is not even in this. After all, your knowledge and research results are the actual proof that the Earth with its gravity conditions is not home to the mankind! We’re all aliens here, one might say.. Your research results provide the basis for theoretical calculations of gravitational conditions under which a self-regeneration of a human body takes place and, consequently, this increases life duration by ten times the present ones … This will lead to a tremendous breakthrough in people’s world perception!

These lines as well as the Report prepared by the group of scientists of ALLATRA Science entitled “Primordial ALLATRA PHYSICS”  [3] have prompted search for the answer to the question of the origin of human beings. The human has a dual nature – on the one hand, he is in the material structure (part of his own animal nature), on the other hand, he has an immortal soul (Spiritual nature). The issue of the human spiritual component and its importance in human life is described in detail in the “AllatRa” book [2]. In this article, we will try to find the answer about the origin of the material structure, which for an observer from the third dimension takes the form of the human body we are accustomed to. After all, if planet Earth is not home to our material body, then where does it get its origin as a species from, where was it formed, for what habitat conditions? Using clues, finding the answer turned out to be not so difficult. And the key point, showing the way to finding the answer to this question is regeneration of the human body tissues, or to be more precise, the conditions under which self-regeneration occur.

On planet Earth, there are many species of animals that are capable of self-regeneration. This process can often be observed in invertebrates. For example, two halves of earthworm form two whole worms or in case of a starfish, when in place of its torn beam grows a new one, or when crayfish and crabs grow new claws in place of the lost ones, and so on … However, the vertebrate animal species do not have such a pronounced ability to regenerate. Why? This issue has been studied by many prominent scientists [4-7]. For example, Professor, Doctor of Biological Sciences L.D.Liozner writes:

Here lies the key – under certain (optimal) conditions, reparative regeneration is possible! As a short resume, it is possible to conclude the following: the invertebrate species do not require changing of the terrestrial conditions for regeneration, whereas other species, including the human body, require some optimization of conditions.

But why is there such a trend and what kind of conditions should there be? The above excerpt from the “AllatRa” book gives a hint to finding the answer to this question – optimization of the gravitational conditions leads to regeneration of the human body tissues! Further investigations led to even more stunning discoveries.

In one of his great books “Osteochondrosis for a professional patient”, academician Professor I.M. Danilov, the author of the method of the vertebrorevitology writes:

By the way, speaking of physical and mathematical calculations that your humble servant was able to perform in the course of study of revitalization of the reparative response of degenerating intervertebral discs. The theoretical calculations have shown that for self-recovery (active reparative response) of the degenerating intervertebral disk it is necessary to reduce (ideally 37%) a constant load on the disc for a long time while maintaining the optimum conditions (for example, the same osmosis). However, this purely theoretical calculation of an ideal option for activation of the natural repair of the intervertebral disc, in practice, was somewhat inappropriate, or rather practically impossible in the conditions of gravitational field of our planet – Earth. So, we had to create another, figuratively speaking, “artificial” way of recreating the optimal conditions for reparation of the intervertebral disc affected by the degenerative process, which became the basis for vertebrorevitology method. Practical results have shown that repair of the degenerating disc by applying the treatment based on the vertebrorevitology method takes from 9 to 18 months.

So, development of the vertebrorevitology method has taken many a year. Nevertheless, I have managed to find the solution for this problem. Now that the theory is completely confirmed by practical results of the treatment, I can say with confidence that by changing (restoring) the biomechanical disturbances and optimizing (creating) the necessary conditions, we can achieve the reparative regeneration of the degenerating intervertebral disk! [8,9].

In this passage from the book, the figure of 37% calls attention to itself. It can be concluded that one of the ways to start the process of self-regeneration of the damaged intervertebral disk is to reduce the force of gravitational effects by 37%! But if we were living constantly in such gravitational conditions, then the regeneration process of organs and systems of the human body would be absolutely natural and, for example, such common disease as osteochondrosis and such related complications as herniation of the intervertebral disc, protrusions of the intervertebral disc in general would not exist for mankind! 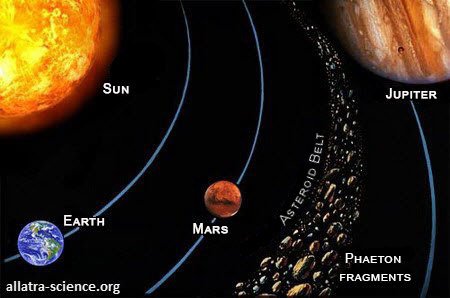 One Who created the human body, thought through all the details and consideration of the gravitational conditions in this puzzle has played a key role. But why is our body not adapted to the conditions of Earth’s gravity. Perhaps it was created for other conditions, for instance, of another planet? But which one?

And the answer to this question is absolutely near. Calculation has shown that the size of gravitational field of 37% less than Earth’s was typical for the lost fifth planet of the solar system – the Phaeton, which orbit a long time ago was located between the orbits of Mars and Jupiter. Now, the “asteroid belt” is located in this place. In the book by Anastasia Novykh “Sensei-IV” [10], exact information about the Phaeton is given. These exact gravitational conditions were characteristic of this planet, and the humanoid life also existed on it. No wonder it is said that our presence in this world is considered to be a visit, therefore it is important for any person, whoever he may be, to remember the main reason for his existence in these artificial conditions – spiritual self-improvement and service to the forces of good.

SKYFISH. Episode 1. Within The Limits Of Reality 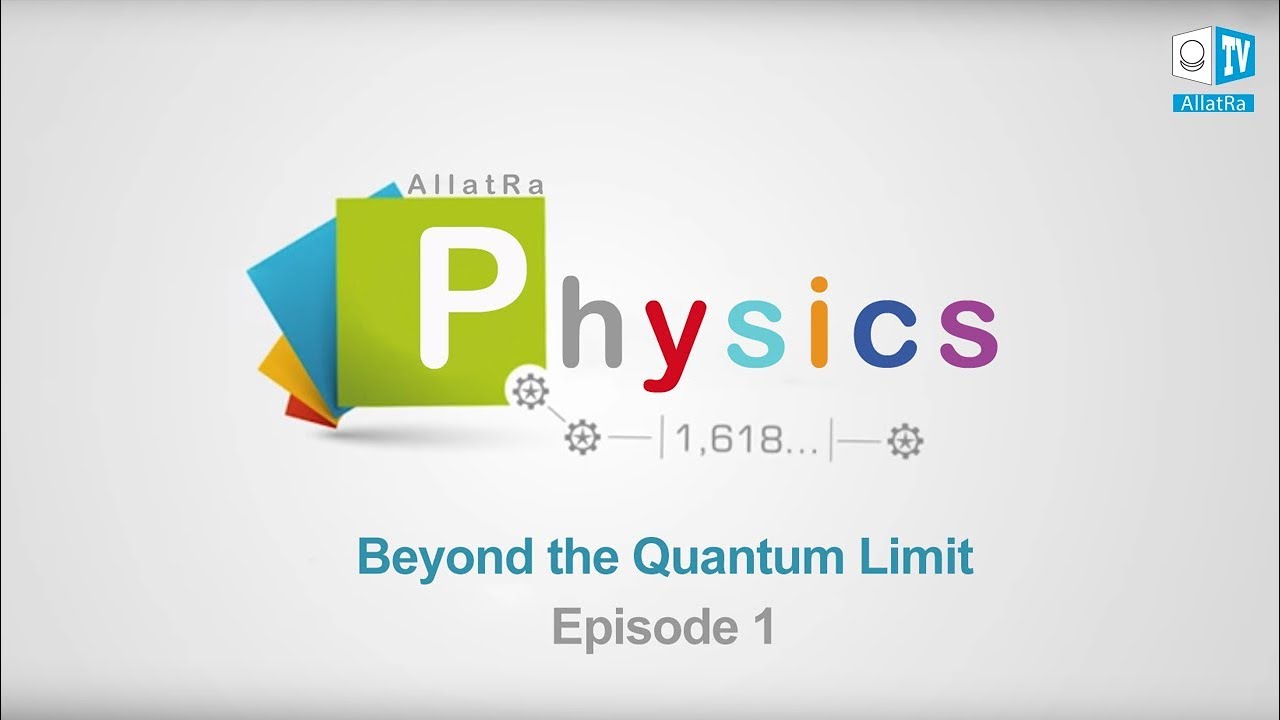 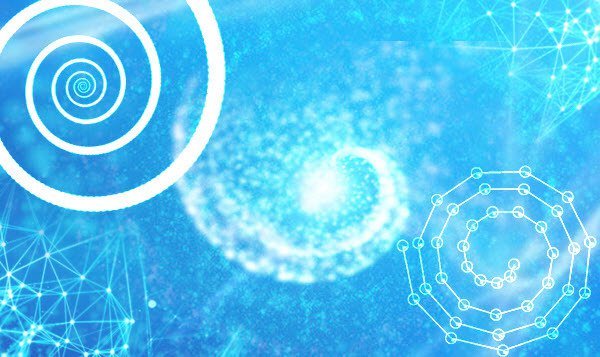 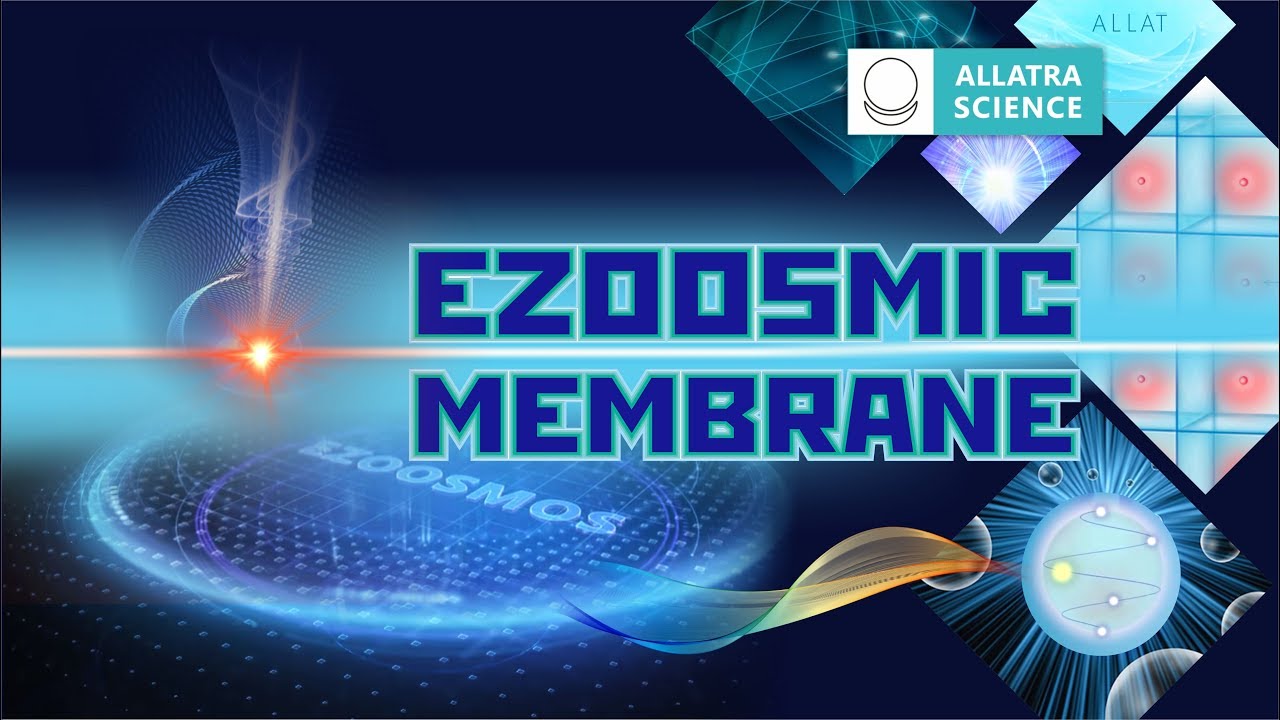 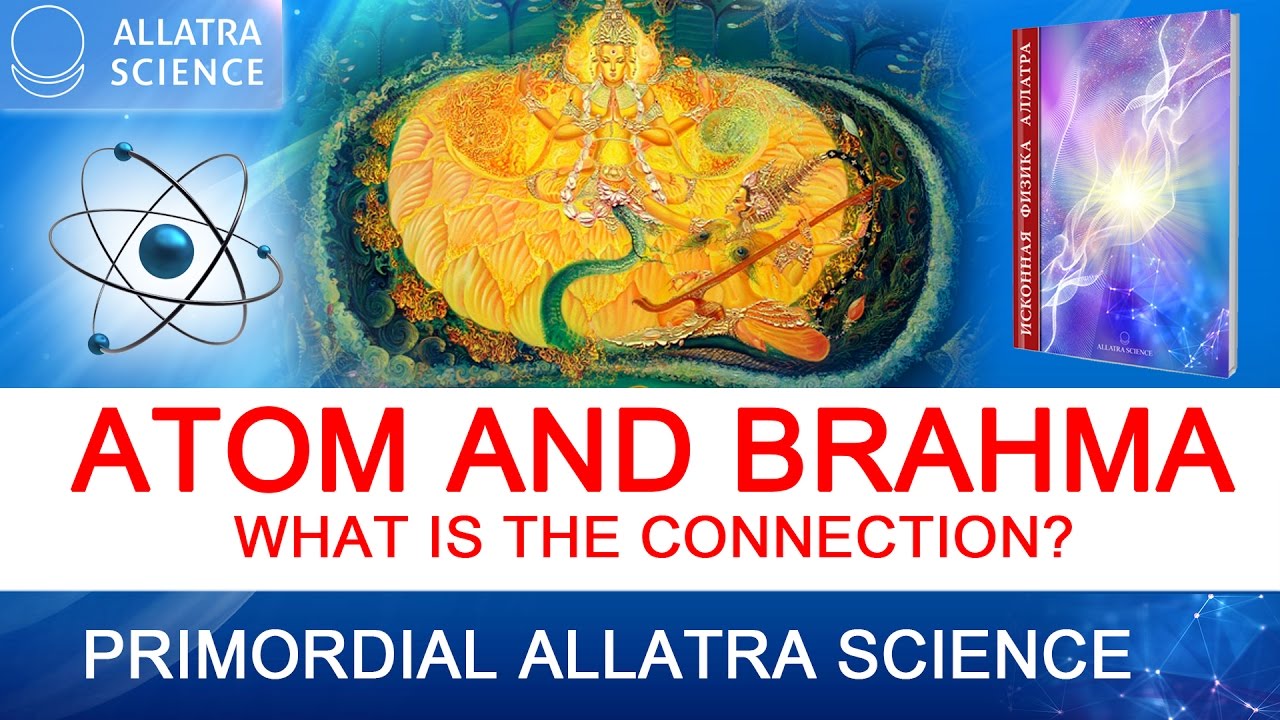 Atom and Brahma. What is the connection? From the Primordial ALLATRA Physics Report. ALLATRA SCIENCE