THE BATTLE OF IDEOLOGIES

Whatever epoch of the last millennia of our civilization’s existence we take, we will not find a time in which humankind was not in search of a system leading it to the highest stage of human evolution. Over the past centuries, systems have followed each other by trial and error: feudalism, capitalism, socialism, communism and the like. Moreover, at first, the ideology of each new system inspired faith in the achievement of the desired heights, by voicing the promises wanted by people to achieve a better life, bringing novelty and a glimmer of hope, contrasting strikingly with the previous outdated ideology.

Then, yet another “new ideology”, just like the previous one, again showed its limitations in practice as well as its inability to meet the expectations of even a small part of society, not to mention each and every one of its representatives. Each following collapse of expectations and hopes was more and more painful to bear by the masses. Thus, with each time, this disappointment formed in people’s memory a reminder of failures and a false opinion that it is impossible to build the society of their dreams.

As a result, this has led to the situation where nowadays, an ordinary citizen no longer believes in “a happy life in stability and prosperity”, he does not believe in yet another slogan about independence and equality. All he knows is lies, deceit, and other manipulations from politicians. Many do not believe the promises of economic and technical progress, observing in real life a huge gap between the rich and the poor, and realizing that this progress will affect only a very small part of the population, while for others, improvements will only appear on paper. Despite all the empirical evidence and the experience of failures gained throughout the centuries, humankind still longs for a change for the better, yet, at the same time does not see a way out of this crisis. Why did this happen?

Today, we have entered the critical phase of modern society. How to overcome it?

Let’s examine the reasons, first of all.

WHY DID THIS HAPPEN?

The mistrust by the masses of their leaders, who promise a better future, alongside with the leaders’ complete fatal inaction, will exist until people get the answers to a backlog of questions.

POWER. Despite a huge variety of the proposed forms of society’s existence and the advocacy for FREEDOM and JUSTICE, you will note that in practice, one and the same thing was persistently preserved everywhere: hierarchy of power which is expressed as the power of individuals over society! That is, in fact, the slaveholding system was being preserved; the ideological tool of its management was being merely perfected. The mask was changing, but there was no change of the content!

CONSUMER FORMAT. Another important point that has inherently negated the building of a free society, despite the use of its slogans, is the consumerist format of human relations that has dominated over the last 6,000 years. This format concentrates the attention of the masses on selfishness, pridefulness, the desire for endless consumption and possession of something, and most importantly, an unquenchable thirst for power! The insatiable animal instinct gets activated, creating pathogenic conditions in the development of the individual. And this, in turn, creates pathogenic conditions for the development of society as a whole. As long as each person is aiming to consume insatiably, their existence will be reduced to the patterns imposed by consumerist format. The meaning of such a person’s life, fixated on matter, is often the pursuit of power, recognition and unlimited increase of capital.

By the way, the word “capital” is derived from the Latin word “caput”, which means “head”. The roots of this concept date back to the time when cattle were considered to be a monetary unit, and they were counted by heads, meaning, the number of animals. While in the slaveholding system, masses of poor people (slaves) were not considered as people, they were bought and sold as cattle. But isn’t the introduction of such an attitude of a human being towards a human being in the society a crime against humanity?

Isn’t such a pursuit of imaginary power and material insatiability a consequence of domination of lowly needs in a human? The result is competition, disputes, quarrels, rivalry, strife, class system, hierarchy of power, a gap between the poor and the rich and, ultimately – hybrid wars and world wars. Is the consumerist format not suicidal for all humankind as a result? Wars that begin in human consciousness, oriented to the consumerist format, lead to fear, aggression, and death. Isn’t it true that the destructive, oppressive in people’s heads, consumerist format with its insatiable desire for power, wars, perennial problems of animal survival, thirst for possession, and the bright dream of each person about a peaceful, happy, safe life – are mutually exclusive by default? 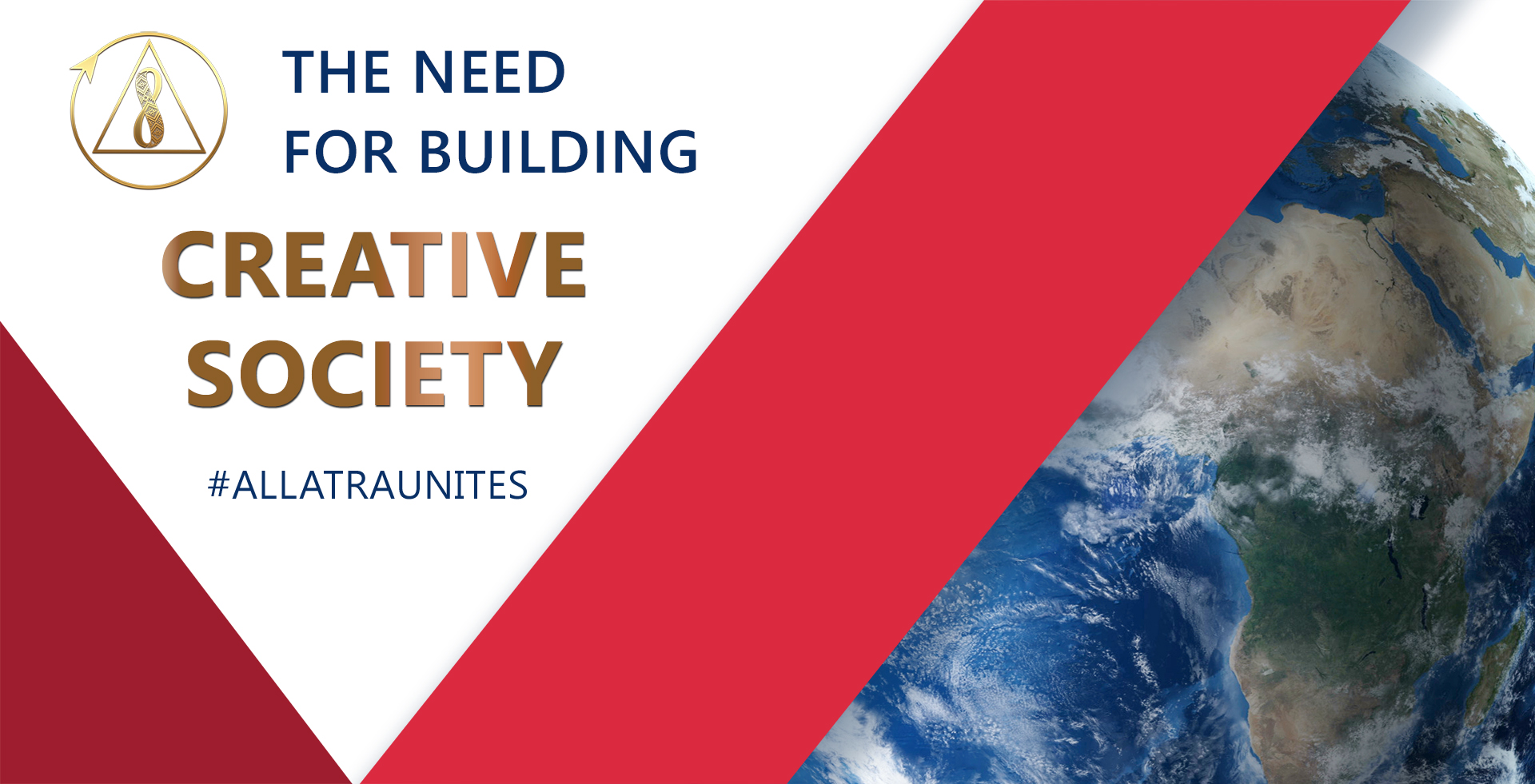 In modern times, in the age of computer technologies and mobile communication with people living on different continents, it is more possible than ever to build a creative format of society development. This implies building of a new format of public relations aimed at cultivating the best human qualities, at the development of a creative Human being, at the unification of people on the basis of spiritual and moral values, at the promotion of goodness, peace, humanity, honesty, mutual support, respect, and love for each other. Is that not what every sensible citizen of our planet is dreaming of?

Please note that the emphasis here is completely different from that of the consumerist society. The Creative Society is aimed at activation of everything positive and good in a human being as a unit, supporting his good intentions; it is aimed at manifestation of his best qualities and abilities for his spiritual and moral development and for the benefit of the whole society, and, as a result, the same will happen fractally in the whole society. After all, only by forming a healthy Personality can we form a healthy society. In conditions of stable planned world economy and availability of all benefits for each person, the desire for competition and accumulation of surplus will disappear.

Development of the economy and other sectors will be focused on meeting the needs of each person, and not of the general system as it is now, where moral and ethical values of a person are invalidated. Complete transparency and openness of information is a natural state of things in a Creative Society. In this vein, the creative format of society’s development, by means of evolution inevitable in such conditions, serves precisely as that transitional stage for building an Ideal Society that’s been aspired to at all times; it is that very connecting bridge, which stands on eight pillars — the 8 Foundations of the Creative Society. 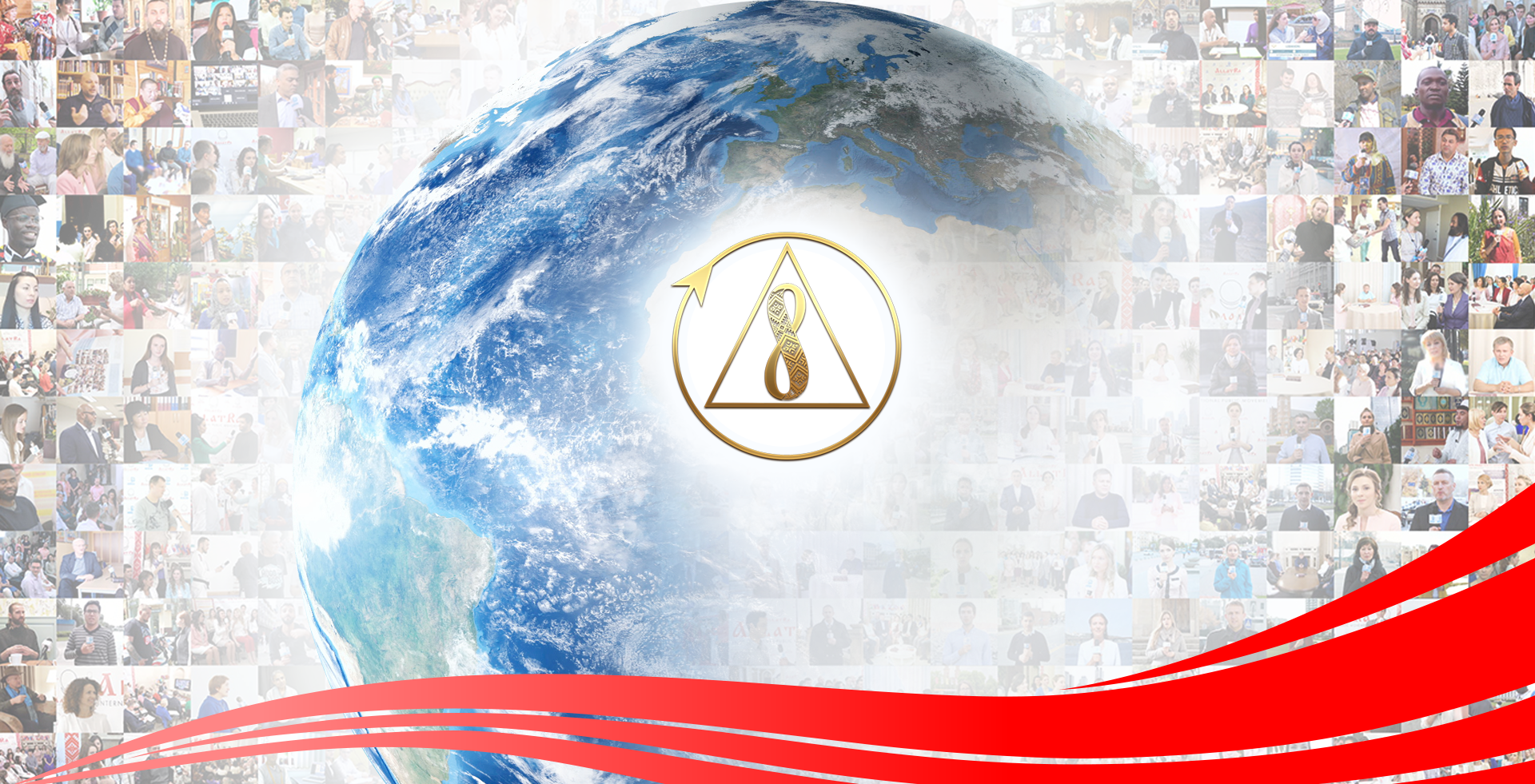 Many people may have questions, such as: “What about power in a Creative Society? After all, it is essential for establishing relationships, or for arranging social production. Won’t its absence lead to anarchy?” and so on. That’s where we again return to the concept of responsibility. After all, when a person assumes power, he becomes burdened with responsibilities, goals, and tasks, which he is obligated to perform for people. However, what does it look like in practice, in the modern consumerist system? Everyone can see that upon entering the circles of power and conditions similar to them, the mentality of such a person changes, and, regrettably, in a way not favorable for the electorate. Therefore, in order to change the situation, it is necessary to change the conditions.

However, if we look from the other — creative side: in such a situation, people, if they want to do something good for others and improve everyone’s life even more, will take RESPONSIBILITY to all people, committing themselves to be responsible to the society for their words, actions, and the whole result of their activity in the positions they hold. Meanwhile, the people themselves will set tasks and control the quality of their implementation. This definition fundamentally changes the very essence.

Responsibility precludes imposition of the will of a few individuals on society. It serves as a tool of society to meet its needs. The creative system creates conditions for the benefit of exactly a human being — of every human being, and not for the amorphous word “state”, certain organizations and the like. After all, it is the Human Being who is the main component of everything. Without a Human, there will be nothing.

As for the evolutionary development of humanity, today it directly depends on the choice of every Human, on reformatting his consciousness from consumption to creation, and uniting with others in that way. But these changes also depend on and will be possible when society itself will create a positive environment for the spiritual and moral growth of a human. These aspects are closely related, complementary, and directly accelerate each other and the whole process of evolution on the path of humanity towards an Ideal Society. The formula is very simple: a Human creates for society, society creates for a Human, and a Human being and his benefits come first. In this respect, the participation of everyone is immeasurably important in the common cause aimed at improving the lives of the whole society and of an individual in it.

But what kind of human participation is possible in the current situation? Today, many people still do not see a way out in the surrounding information flow with a focus on the consumerist format. And precisely for the majority of people to find the understanding of the right path and to consolidate, it is necessary to inform the society, inform people, create and spread positive content, and fill the information space with it. It is important to act in creation, meeting people halfway, and at the same time to become an example of a real Human who is worthy of such a society and in practice shows that it is absolutely possible to achieve it. By means of modern technical capabilities and a variety of ways to convey information, everyone who wishes is already able to become a participant in building a Creative Society.

The main thing is to realize that you are not alone! The movement in this direction is already going on around the world! The Creative Society built with your participation is the best legacy for your descendants. All you have to do now is to start moving in that direction, and this will be a significant step towards the progress of the entire society. Together we can do a lot! The future is emerging now.

Time of Mashiach has come!

HUNGER and POVERTY. What Should Be Done? 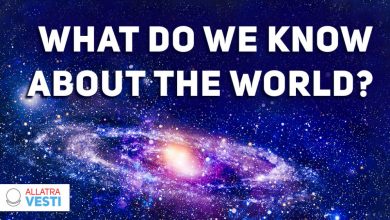