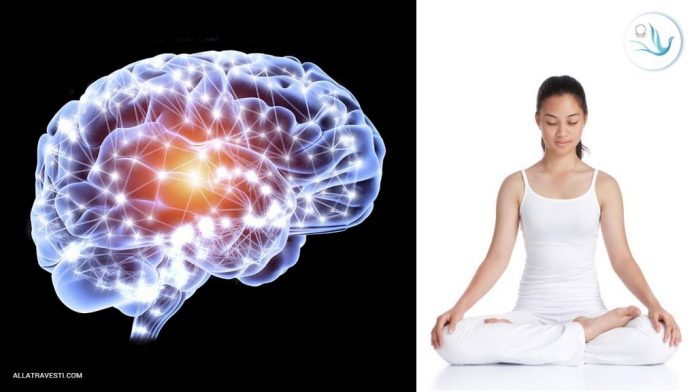 Researchers from the Massachusetts Institute of Technology and the Japanese RIKEN Institute, have found out that different groups of neurons, which have a tendency to suppress each other, are in charge of good and bad  memories in the amygdaloid nucleus.

The amygdaloid nucleus plays an important role in the mood formation. In this part of the brain the processes take part which, on the one hand, cause  pleasant memories, but on the other hand, are responsible for fear, aggression or disgust.

Rigden: For those who do not know the structure of their brain, I shall note that the human brain contains two amygdaloid nuclei located on the right and on the left sides. This is a very interesting subcortical brain structure, which is related to the formation of different kinds of emotions.

Anastasia: Yes, as of today, science is already aware of the fact that amygdaloid nuclei are responsible for the human ability to read information from the faces of the people around. Thus, a person subconsciously understands how these people feel at the moment. But the information reading mechanism itself is still not entirely clear to scientists.

Rigden: Understandably, because this reading, like many other functions of the amygdaloid nuclei, is connected to the work of the lateral Aspects of man in his energy structure. In the physical body, the functions of amygdaloid nuclei are related to vegetative emotional reactions, provision of defensive behaviour, and motivation of conditioned reflexes.

The researchers have conducted an experiment on laboratory animals. Some male mice in certain situations received a low current charge, forming unpleasant memories. Other animals were lodged with the females, allowing to experience pleasant emotions. Later on the scientists have studied the rodents’ brain work during  recalling events from the past.

It was found out from the experiment, that not only different parts of basal and lateral complex in our brain are responsible for good and bad memories but also signal paths, which re-lived these memories there. The gene ppp1r1b is responsible for the so-called “pleasure neurons”, while the gene Rpso2 is responsible for the “sadness neurons”. It is interesting that the scientists have found long ago a connection between positive pictures of the gene ppp1r1b whereas the gene Rpso2 has not been practically studied until now.

The amygdaloid nucleus has been well studied by neurophysiologists, but there are still many unsolved issues left. It is a paired organ, and there is an amygdala in each cerebral hemisphere. The amygdala has several cores: some of them are responsible for processing olfactory and gustatory information, while others regulate emotional behavior. There is also evidence that the amygdala is involved in recognition of emotional significance of the object and in distinguishing between favorable and dangerous situations. 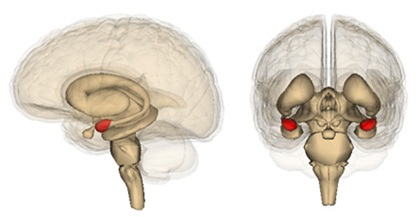 Amygdala can be “reprogrammed” by means of meditations

If a person is in a meditative state — the amygdaloid nucleus activity decreases. These data have been obtained through experiments, which involved people who have no experience of meditation.

In the first experiment, just after one week of practice — the activity of the right amygdala was reduced in response to the image with a negative connotation. People with a chronic anxiety were involved in the second experiment  . After 8 weeks of the meditation course the amygdala’s activity quickly returned to background state upon presentation of emotionally negative stimuli.

Even more interesting results were achieved during the experiments with those who practiced meditations for a long time. The more hours of practice a person had, the lower level of activation of the right amygdala was observed in response to a negatively directed emotional stimuli.

But what is surprising, in another experiment with experienced practitioners, in which people were asked to focus on emotional and negative incentives, there was no such a change in the functioning of the amygdala.

As a result, scientists have concluded that meditations do not only influence the person’s attitude to any negative impact, but rather change the whole emotional information processing system. In other words — people become more calm and imperturbable in everyday life.

Today, there is an evidence that the practice of meditation is effective in emotional control, as it allows:

This is not a complete list of the results that were obtained after the research. However, even based on the above-mentioned information it can be concluded that the practice of meditation is able to reduce emotional excitability, and the level of anxiety, stress and depression.

ALLATRA TV Ireland visited a ladies meeting held at the Crane Bird Art School in Mullingar. Ladies discussed such questions as what unites all...

Doomsday CLOCK: how much time IS LEFT until the end?

The Doomsday Clock, symbolizing the most dangerous times for humanity, was moved 20 seconds closer to midnight, where midnight is the conventional point of...
Read more

Climate. The Future is Now

Sharp climate change. What should everyone know? How to survive tomorrow? The programme, which acutely raises vital topics of climate change on the planet and warns about the upcoming events.
Read more

Fear begotten by imagination sees danger even where there is no danger at all... There is an ancient eastern parable about fear. "A wise...
Read more