Home Articles Parables Parable about the Way of the Warrior
ArticlesParables

Parable about the Way of the Warrior 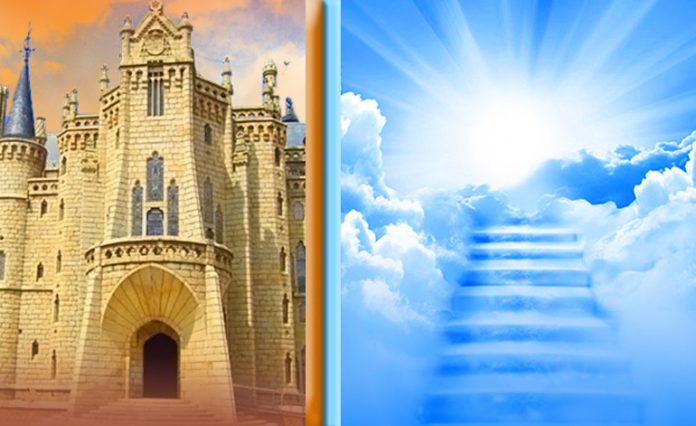 Highly in the mountains, on a sparkling snow-white alp, there was born a limpid, baby-tear-like crystal of ice. By day, it was admiring the...
Read more
Parables

To whom and why am I writing these lines? Most likely to myself. Abiding in a holy place for years, just twice have I...
Read more
Parables

Anastasia: It is actually very difficult for a modern person, who has gotten tangled up in the works of the human mind (in the...
Read more
Parables

People look at tree tops, but they do not see the roots. And the bottom line is this: all people are equal and, first...
Read more
Parables

Rigden: ...It happens that, while under the influence of the Animal nature and not bothering much with working on himself, a person only boasts about...
Read more

There is an old, very ancient legend:

Once upon a time, there lived a king, who had an only son. One day he heard that there was a great martial arts Master who was famous even among kings for his Wisdom. He was said to work wonders because he made an excellent Master from an ordinary village boy in just one year. The king made up his mind to send his son to him.

One year passed and the king asked, ‘Well, has he grasped the way of the warrior?’“

‘Not yet,’ the Master replied. ‘He is too self-confident and he wastes his time on pride. Come back in five years.’

“In five years, the king asked the Master the same thing.“

‘Not yet. His eyes are still full of hatred, and his energy boils over excessively.’

“Another five years passed. The Master said to the king, ‘Now he is ready. Look at him! He is as if carved from a stone. His spirit is flawless. The completeness of his internal virtues is perfect. His challenge will not be accepted by any warrior, as they would run away in fear just from his glance.’

And the king asked the Master, ‘Why did my son have to wait so long? He is much smarter than that village boy.’

“And the Master replied, ‘The reason is not so much in the mind as in the Heart of a man. If your Heart is open and your thoughts are pure, your spirit is flawless. And this is the very essence of the Way of the warrior… The village boy came to me with a flawless spirit, and I just had to teach him the technique. Your son has spent years learning this Wisdom. Without this source of power, he would not be able to make a single step on the Way of the warrior.’

“Rejoicing at his son’s success, the king said, ‘Now I see that he deserves to take a throne.’“

‘No, father,’ the young Warrior replied. ‘I have found something greater. Before my mind was limited only to material wishes, but now it is endless in spiritual cognition. The greatest power, all the gold of the world, fades compared to it like grey dust under the foot of the wanderer. And the wanderer is not interested in the dust, he is fully devoted with each step to the new discoveries over the horizon.

The scientific discussion project “GAME OF PROGRESSIONALS” is a new program cycle on the ALLATRA TV channel.
Read more

Is an electron a particle or a wave? The answer is found! An electron is twisted into a spiral.Why does an electron easily transfer...
Read more

Climate predictions are coming true. Flood in the desert. Earthquakes in Italy and China, landslides in the Khabarovsk and Krasnodar regions. Global warming. Are ancient...
Read more

All wars begin at the dictation of consciousness