Whereas for people consciousness always tries to copy. And so, it inserts the concept of “love” into a framework of affection and responsibility. But again, what is behind this affection, responsibility and everything else, right? Manipulation, comfort, hormones, and all the rest. 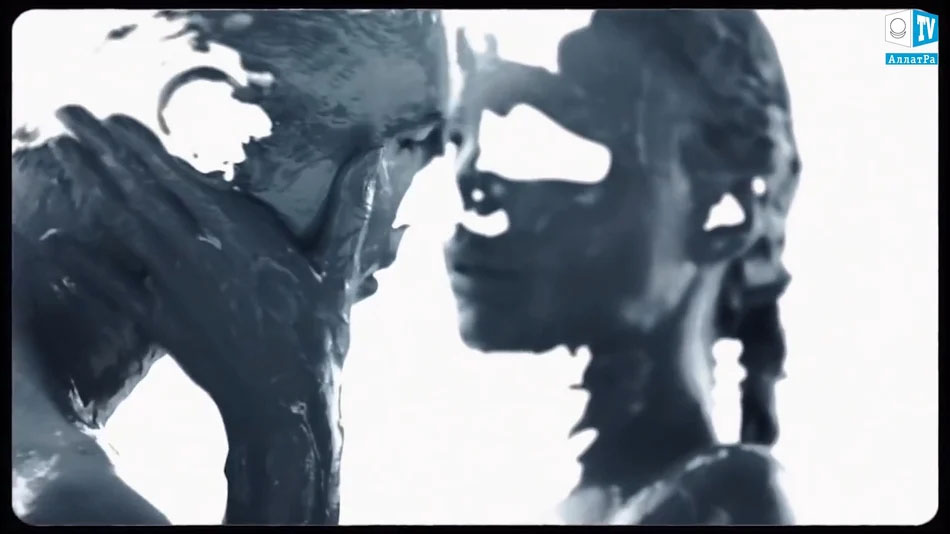 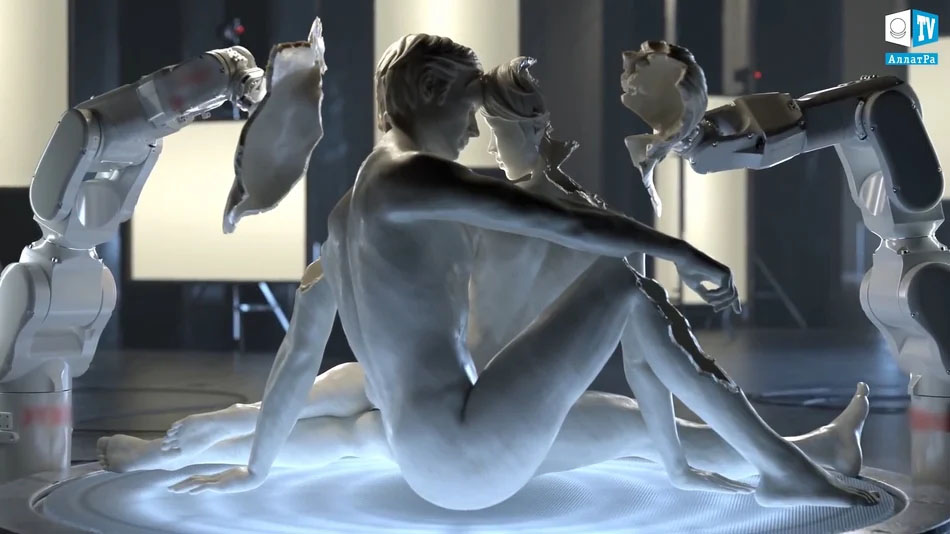 And what is there everywhere around? There’s, first and foremost, egoism. And the other person is detached.

And even when they say that “we kind of feel each other”, and so on… Eventually, of course, they feel. The system mixes up, consciousnesses of the couple start working almost like of a single person due to the long side-by-side stay. And they can even sit and be silent, just like spiritual people. But they do feel each other, right? Well, it’s possible to feel, and no words are needed, because there’s a single language.

But it’s when people, so to say, have escaped from the embrace of consciousness a little bit.

But consciousness copies just in the same way. When people have got used to each other to such an extent that they live in a single little world, especially old people, they start simultaneously inserting identical remarks. Why? Because consciousness is already almost one for the two. There are already two viewers with a little more actors on the stage. The system is simply saving on them.

But may this be called Love? No. Because this is always suffering. 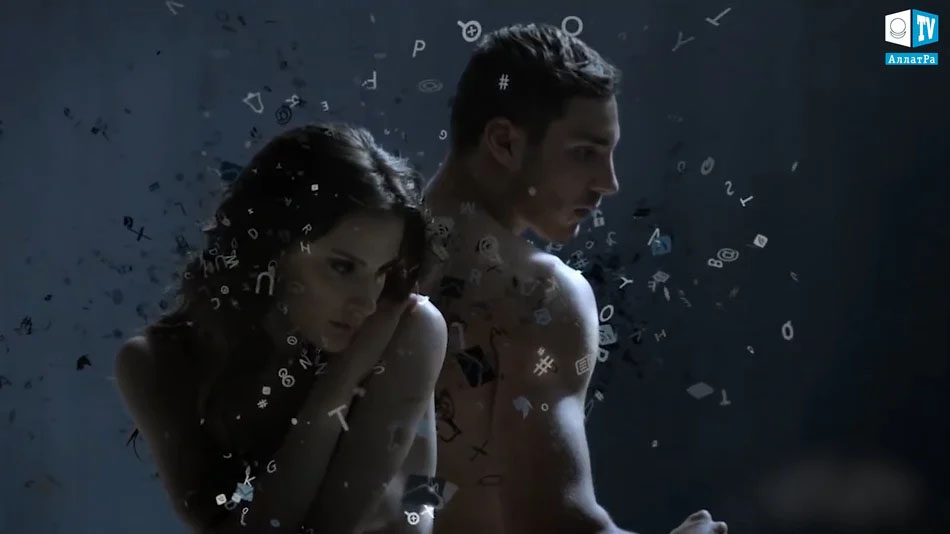 Why in mass media human love is described as suffering and tragedy, and is filled with some worries and emotions

And here, note that again everywhere: in various novels, in movies, in all mass media, which force people to follow patterns and which encode consciousness, – everywhere love is described as suffering, tragedy, something else, meaning, it is filled with some worries and emotions.

And now let’s consider what do we know about emotions, about suffering, and about all the rest? This is what forces us to invest attention. That is, literally to pay for someone else’s scenes or to pay for the emptiness, simply put. Or, using the language of economics, it’s a bad business. So, it turns out that people waste their spiritual powers on what is empty.

Yet, can people coexist, say, married couples? And how can it be otherwise, if we have such a lifestyle, if we’ve abandoned the communal order? There’s already such an individual one. People like it, they live so. Well, for God’s sake, let them live. If there’s such an order, so let it be.

Elementary respect and understanding of each other are already a basis of family happiness. But when in the family there’s someone who is more or less spiritually free, he or she understands the other person. They understand what the septon field is telling their spouse right now, and so on. 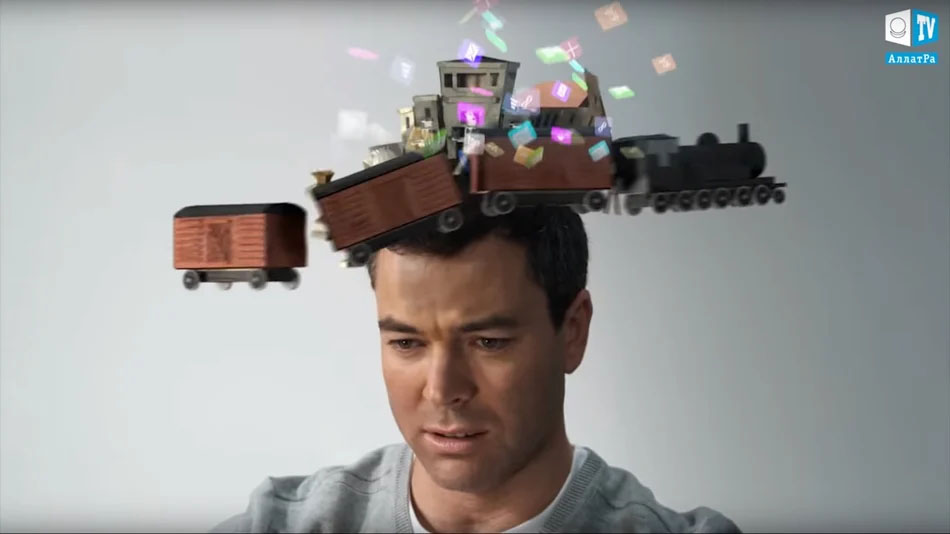 But if they are imbued with respect and, let’s say, they feel comfortable, again comfortable and convenient with this person, they will never do anything bad to him or her and will help him or her. They are in three-dimensionality. Certain manipulation will take place anyway.

It’s impossible to force a person to follow the spiritual path or vice versa. This is his choice.

However, joint habitation in three-dimensionality still leads to certain manipulation of each other, right? That is, someone must wash the floor, someone must go shopping, and so on. Well, and here trite consciousness snaps into action – wanting, not wanting, bargaining: I will do that, you will do this, and the like. Elementary agreements with elements of manipulation.

So, one shouldn’t make a tragedy out of it. But to call these things “love”, well, say, it’s sort of possible, but quotation marks should be used. What kind of love – earthly “love” or spiritual Love? But people often confuse it. That’s the problem.

However, if we talk about these things frankly and the way they really are, it can break the family order, because people will start copying without grasping the essence. And to understand all this, one should develop spiritually, then everything is simplified. And people don’t leave their families, and they don’t ruin them, but, on the contrary, if someone really steps on the spiritual path, families get stronger.

They cannot be ruined even if one person in the family has really stepped on the spiritual path and is engaged in spiritual development, while the other one is engaged in or is keen on some religion. 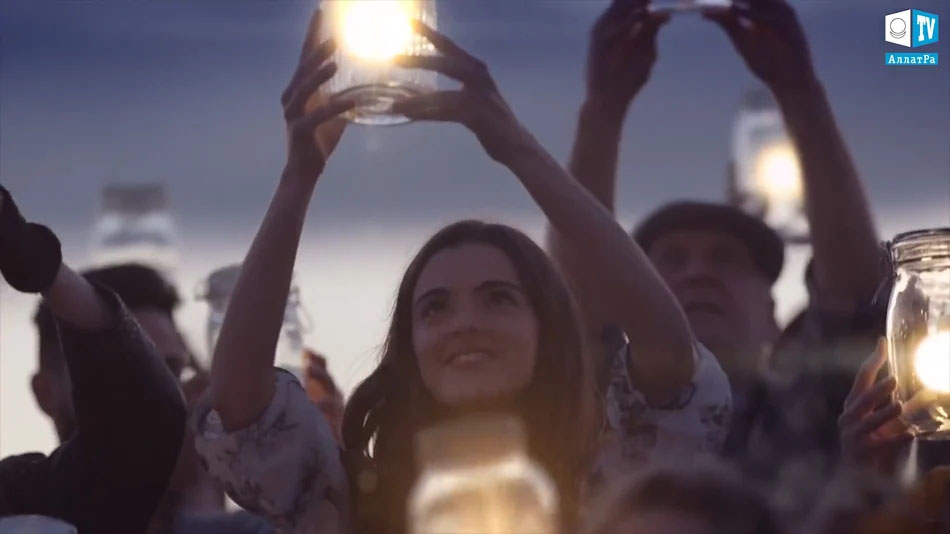 Because any religion leads to God anyway. Well, and if a person, let’s say, is just keen on a religion, he performs rites, something else, but continues to live the same way as an ordinary person lived. Will it hinder them? No, it won’t. A person who is following the spiritual path can enter any temple and visit any congregation. This doesn’t hinder him in any way. Because where God’s name is mentioned he should be comfortable. Because, at least, they speak about his Home. It’s the same as if you emigrated or, well, were forced to stay for a while in another country, you recall your home, you feel good, and you know that this is your home. You know that you’ll return there sooner or later.

If there is some gathering of people, and they speak about your native city or your native village, well, of course, it’s interesting to be there. And why not, why not communicate with these people, like-minded ones, right? Therefore, this is normal, this is natural.

As a rule, only in rare cases when a person seeks love of one person. Whereas mostly they… As there was an old movie, “I am,” she says, “walking, and men are falling and falling down like stacks.”

Excerpt from the motion picture The Girls (directed by Yu. Chulyukin, 1961). The movie was filmed by the novella of the same name, written by Boris Bedny. I am beautiful, walking along the street, and all the oncoming guys are getting stunned. And those who are weaker, they are falling, falling, falling down and get arranged into stacks by themselves. Like this!

Everybody strives to be loved: by people and by God. But where are you? Where is your love?

Well, it is consciousness telling, “I’ll become so beautiful, just like… I’m walking, and men are falling and falling down.” Well, this is consciousness. And as regards men, it’s vice versa, so that all women right on them… Why does he need all women? Did he ask himself? What will he do with them?

And here is precisely “all are mine”, “everybody loves me”. Mind you, not “I love”. Nobody strives or asks, “I love.” Everybody strives to be loved: by people, by God. But where are you? Where is your love?

But until a person learns to love, meaning, until a person himself becomes a source of these spiritual powers – the Allat powers, he will be going around in circles and will be listening to his actors. That is, the person will be deluding himself.

Why does this happen? First of all, because in our childhood we are taught to do the right things, not to do something. Don’t do this – it’s not good, don’t do that – it’s not good. And this you can do, it is good. This is what we are being taught. But we are not being taught what’s behind that which makes us act one or another way. 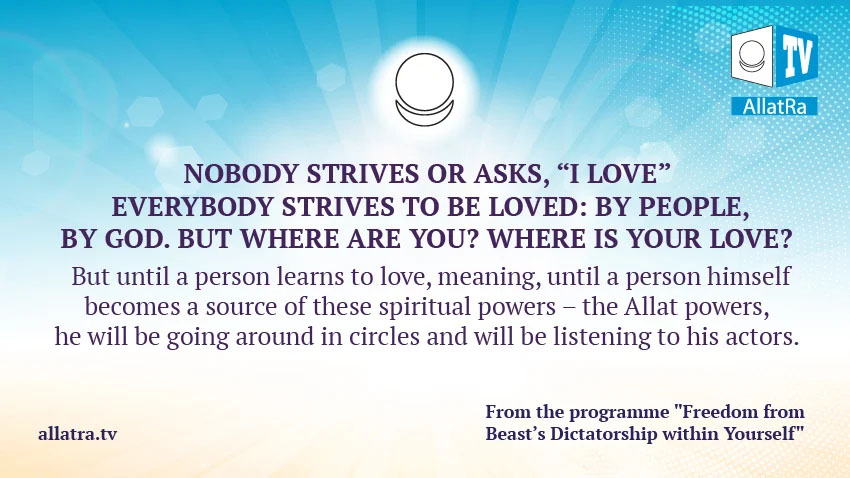 What stands between the person and spiritual love

Even in childhood, to do what is not good.

But what’s behind it? It is precisely a thought that stands behind it, which we don’t generate, we perceive it. And these thoughts make us act and behave badly towards others, even towards ourselves. They make us commit certain actions that often harm ourselves, and we pay for them ourselves thereafter. This is how our consciousness works.

If in childhood we were taught to monitor our thoughts, to control them, not to accept what is bad, and if we were told how to do this, then in adult life we wouldn’t make mistakes either. We wouldn’t strive to search for those who would love us, but we would really love others, would love life, would love God, would love each other. And the world would be totally different.

This is banal, this is simple. This is simple, indeed. But in order for this simple to become a reality, a reality for all people, everyone who understands this, who cares, who really cares, should perform an enormous hard work.

And what is a demon? Demon is the animal part of the human himself

And what is a demon? And here, it would certainly be interesting to look back into antiquity, when these expressions initially appeared and what they meant. A demon denotes an integral part of a human being, that is, a demon is the animal part of the human himself.

If since childhood people understood that they had an Angel and they had a demon, and stood on the Angel’s side, if they were brought up with understanding that the demon would eventually lead them to the grave, it wouldn’t give them life, wouldn’t give them freedom, they would get rid of it already in childhood. In antiquity, there was an interesting expression. If we translate it, let’s say, into our modern language, it would sound approximately like this: a free person remains free even in jail, while a slave of his consciousness remains a slave even on the outside. 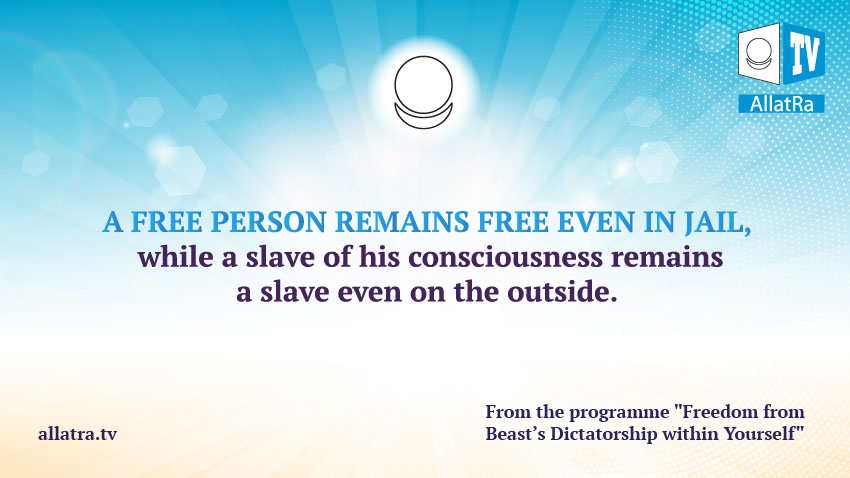